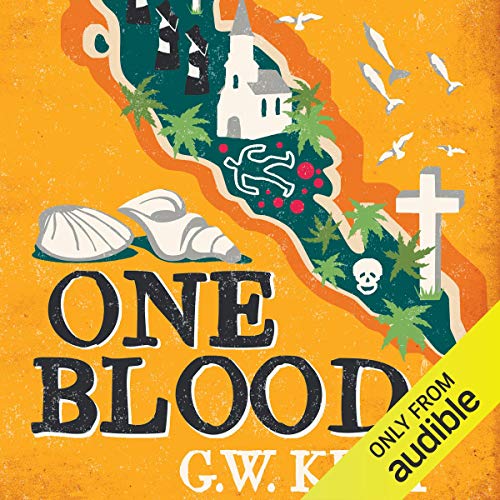 1960, and Sister Conchita, the young nun with a flair for detection, has been forced to leave her beloved Malaita and assume reluctant command of a run-down mission in the lush, primitive Western District of the Solomon Islands.The group of three elderly sisters currently there are rumoured to have 'gone native' and Conchita tries to grapple with these eccentric, tough-mind insurgents and the secrets they are keeping when an American tourist is murdered in their mission church but perplexingly, the colonial authorities want nothing to do with this bizarre crime.

Help is at hand for Sister Conchita in the shape of her friend Sergeant Ben Kella, the local police officer but also the aofia, the traditional law-bringer of the islands. Together, the idealistic young nun and practical witch doctor set out to solve the mystery. In the process they discover links to a local independence organisation, a powerful international logging company, and, most puzzling of all, to John F. Kennedy, a former wartime US naval officer in the area but now, thousands of miles away, about to become the 35th president of the USA.

For eight years Graeme Kent was Head of Schools broadcasting out in the Solomon Islands so he writes from personal experience of his time out there. Prior to that Graeme taught in six primary schools in the UK, and was headmaster of one. Currently he is Educational Broadcasting Consultant for the South Pacific Commission - and a full time writer.

Praise for Devil-Devil: 'The mystery takes a back seat to [Kent's] knowledge of the exotic location and the combustible chemistry of his protaganists (the oddest couple since The African Queen), which add immensely to his story's charm.' (Kirkus Reviews)