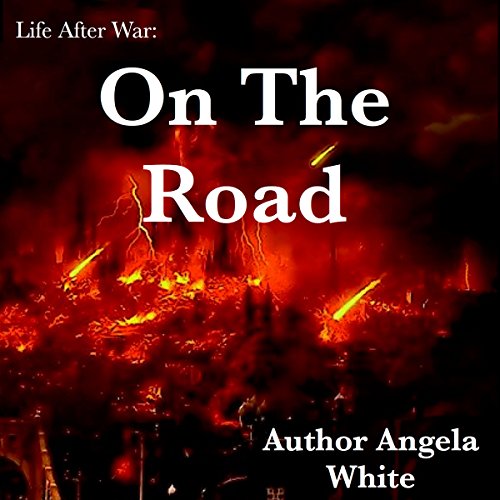 2012 was the end of the world. All society and civilizations fell, leaving the survivors to fend for themselves. Few made it.

After being taken from her Seattle office at gunpoint during the apocalypse, Samantha's chopper crashes and she is taken hostage by the Cruz brothers. Abused and hurting, to get her life back, she has to take theirs and learns a harsh lesson in survival.

Kenn and the cadet were missed in the evacuations and instead of heading home for the boy's pregnant mom, the Marine heads for NORAD, sure the timid little woman he's controlled for so long couldn't have survived the end of the world. These two are picked up by Safe Haven Mobile Refugee Camp and the Marine quickly begins building himself a place among these strong survivors.

Angela lost her baby in the war and that pain forced her to face the awful truth. Without using her gifts, those forbidden powers that have kept her chained to Kenn for more than 10 years, she will never see her teenage son again. Forced to wait for her body to heal before she can start her quest, Angie calls out to her son's real father, Brady. They are reunited in the postapocalyptic remains of Indiana and it's clear that the sparks are still there.

Adrian has a secret that no one knows and he struggles to keep it hidden, even as he risks everything to gather his flock. He is a leader, a patriot, and there's nothing he won't do in his quest to keep some of his country alive. Even kill.

Rick is a traitor. He belongs to the leader of a group of Mexican guerillas that are intent on destroying what's left of the postapocalyptic United States. Cesar leads these ruthless killers, sending Rick into camps of refugees as his spy, before murdering the men and taking the women hostage. Cesar hates America and heads up Interstate 25 like an end-of-the-world plague.

What listeners say about On the Road

I first read this series several years ago, and absolutely loved it. It has it all ... combines numerous genres into one hell of a series. While running through my books again last week, I started the series over. I'm still so amazed at how much I love the storyline, the characters, the good, bad, ugly, beautiful, magic, love , hate... I just wish more of the series were on audio books. Great job Ms. White. Can't wait to keep reading.

Great book but it sure leaves you hanging.. I sure hope the third book comes soon..

WHERE IS THE REST OF SERIES

Where does On the Road rank among all the audiobooks you’ve listened to so far?

What was one of the most memorable moments of On the Road?

The whole book from start to finish was outstanding and Plummer brought it to life.

Which character – as performed by Therese Plummer – was your favorite?

All characters Plummer does is the best. She is number one in narration!

I most definitely could have listen to this book in one sitting, but had, reluctantly, put it down several times. So it took me 2 days.

Need rest of books in the series

I am an avid Angela White fan. Incredible books, incredible storyline and characters who never leave your head. Worth every dime and minute. This is book two. Seriously check out the first one and then the entire set.

Ready for the next book

I’m really love the way the Angela White fills out the characters with each passing chapter. I only wish there was a male voice narrator for the male characters. I hope Audible continues with this series.

Angela White is a great Author and On The Road on Audible is a book that will keep you on the edge of your seat, Angela White makes you feel like you're are in the story. The characters come to life and each of the places in the story are real places in America. You will enjoy this book and all of the Life After War series.