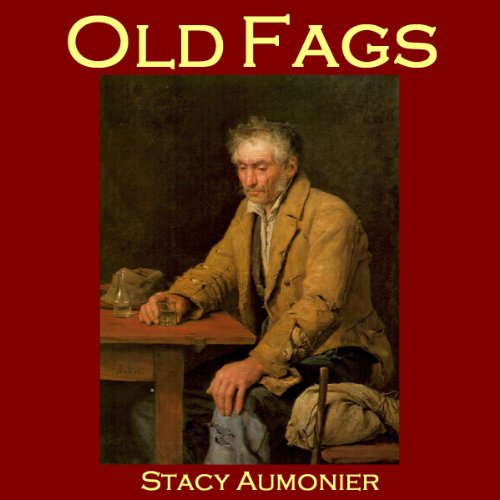 Nobel Prize winner (and Forsyte Saga author) John Galsworthy described Stacy Aumonier as ‘one of the best short-story writers of all time’ and predicted that, through the best of his stories, he would ‘outlive all the writers of his day’. Old Fags is one of Stacy Aumonier's most memorable stories.

Set in a miserable and overcrowded block of flats in London, whose inhabitants struggle daily against poverty and starvation, Old Fags is the pariah of the building. His nickname reflects his trade, collecting and repurposing cigarette butts. He is also prone to lose part of his days to gin bottle. Notwithstanding, he is a cheery and generous soul, more than willing to lend a helping hand to those who despise him.

When his neighbours, the Birdles, run into difficulties, he begins to supply them with delicious stews made with onions and mysterious meat. When Miss Birdle bears a child out of wedlock to an untrustworthy groom, Old Fags sets out to right the situation in the only way he knows how.