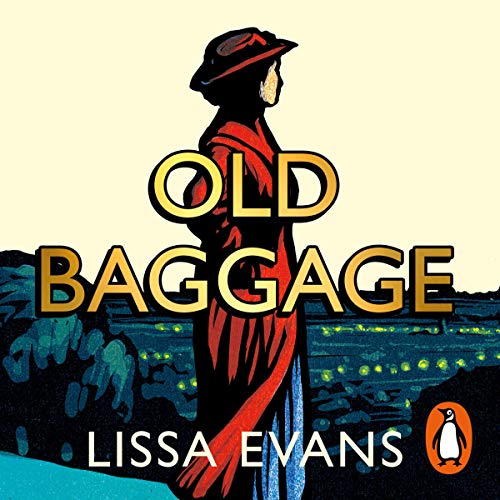 By: Lissa Evans
Narrated by: Joanna Scanlan
Try for £0.00

What do you do next, after you’ve changed the world?

It is 1928. Matilda Simpkin, rooting through a cupboard, comes across a small wooden club - an old possession of hers, unseen for more than a decade.

Mattie is a woman with a thrilling past and a chafingly uneventful present. During the Women’s Suffrage Campaign she was a militant. Jailed five times, she marched, sang, gave speeches, smashed windows and heckled Winston Churchill, and nothing - nothing - since then has had the same depth, the same excitement.

Now in middle age, she is still looking for a fresh mould into which to pour her energies. Giving the wooden club a thoughtful twirl, she is struck by an idea - but what starts as a brilliantly idealistic plan is derailed by a connection with Mattie’s militant past, one which begins to threaten every principle that she stands for.

Old Baggage is a funny and bittersweet portrait of a woman who has never, never given up the fight.

"The work of a novelist in her prime." (Daily Telegraph)

"Essential...Evans is a brilliant storyteller." (Stylist)

What listeners say about Old Baggage

My book of the year

This book is so wonderful that I now have a "book hangover" where I don't know what to read next because I'm so reluctant to leave this one behind. I LOVE these women, these girls, and I learned so much about the fight for women's suffrage. I had thought myself quite well informed without really thinking myself into the life of someone who had given everything, their past, present and future, to the cause. And there are so many loveable characters, so many giggles that the tears spring up on you by surprise. Matty, The Flea, Ida, all of you "splendid girls," I salute you and I miss you.

I thoroughly enjoyed this book which brought to life these women as they settled down to every day life after their periods of Suffragette activism. A good insight into those who paved the way for us and really funny. Had a wee tear in my eye at the end.

This is a strange robust sounding book somewhat like reading an old school story. Its a little corny, strangely likeable and very well narrated. Our heroine is somewhat cast adrift after her suffragette days finding it hard to find a purpose in life. No it doesn't set the world alight but I certainly found myself caught up in the story very quickly and had an enjoyable 8 hours listening. Worth a credit for something a bit different.

Loved it.
The reader was excellent and the story was hard to put down. The characters are particularly well drawn.

This story is an easy read, in that it is a page turner but also episodic so you can listen to a chapter at bed time and come back to it. It feels historically accurate and made me look up more about the suffragettes afterwards. My own nan was born in 1899 so was between the ages of the characters but lived with a nursing friend as she aged and I could almost hear her in the words of the main two characters as they lived their daily lives. It's very enjoyable and excellently brought to life by Joanna Scanlon.
We had it as our book club choice and all of us really enjoyed it which is quite rare.

The narration of this book is extremely good and the characters are superb. It is an interesting read and captures the period well. The book seems to lose direction towards the end but, in my opinion, is well worth listening to.

I loved this. Lissa Evans has an excellent touch and the narrator exemplified it.

An unexpected delight. It highlights the suffering of women who were so committed to equal rights and votes for women while heart warming reflecting a bye gone era of inequality for women on every level.

Didn’t think I was going to like this to start with, defo a slow burn.... but with the help of fabulous narration, I loved it. Thank you 😊