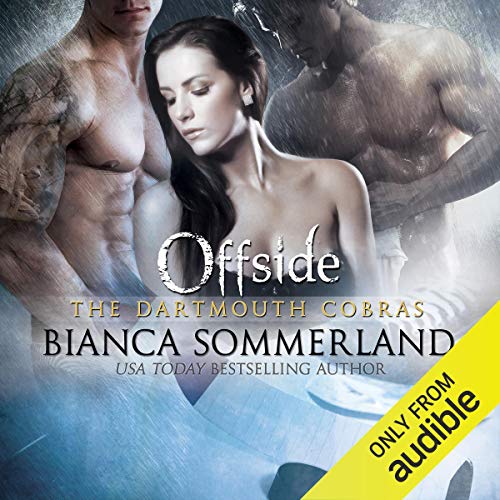 A pace ahead of the play can send you back to the start. And put everything you've worked for at risk. Single mother and submissive Rebecca Bower abandoned her career as a sports reporter to become a media consultant with her brother's hockey team. A failed marriage to a selfish man makes her wary of getting involved with another. Unfortunately, chemistry is hard to deny, and all her hormones are dancing when she gets close to the Cobras' sniper, Scott Demyan.

His one time with Scott was a mistake. Scott might have forgotten what happened in his childhood, but the effects linger, and he specializes in drunken one-night stands...until he meets Zach and Becky and sees what he's missing. But neither one believes Scott can be faithful. Although he's trying hard to clean up his act to avoid getting kicked off the team, they want more from him. He's willing to make changes, but the most important one - putting their happiness before his own - means he'll probably end up alone.

What listeners say about Offside

I enjoyed this book

What made the experience of listening to Offside the most enjoyable?

I'm always up for HEA

What does Jim Frangione bring to the story that you wouldn’t experience if you had only read the book?

yes i was gripped

enjoyed can't wait for the rest

Kinky with great stories and characters

Another good book in the series, but...

This book should have a different title like, "The Insecurity Olympics: Battle for the Most MCs that Have Zero Confidence in one Book" I have really enjoyed all of the books in this series. I don't always like all of the MCs, but once the story comes around to focus on each MC, you get a deeper understanding of their behavior. But like I mentioned above, it became a burden to have to carry the weight of nearly everyone being deeply, even dangerously, insecure.