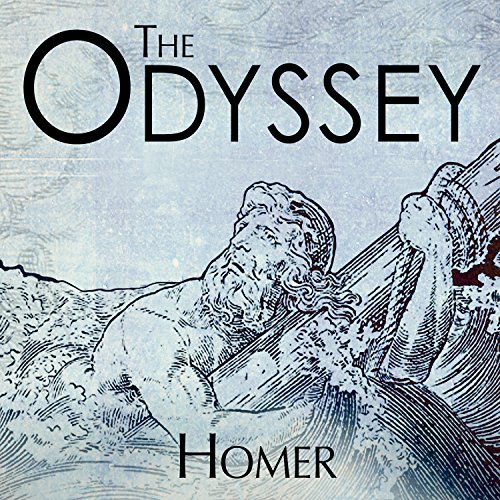 By: Homer
Narrated by: Gordon Griffin
Try for £0.00

The Odyssey is an epic poem, written by the ancient Greek philosopher Homer, and considered to be the second oldest piece of western literature still in existence. Scholars believe it was written at the end of the eighth century BC. Still heavily used in schools because of its unique literary makeup and historical value, the poems follow Greek hero Odysseus, as he journeys home after the 10-year long Trojan War. His journey home takes another 10 years, and Odysseus encounters many obstacles including adverse weather, mythical beasts, and angry gods. Many scholars believe The Odyssey was originally composed in an oral tradition, intended to be heard, not read, making this epic classic a must have for audiobook listeners!

What listeners say about Odyssey

Generally well read, but some disappointment.

Would you consider the audio edition of Odyssey to be better than the print version?

Audio is audio, print is print, what's to compare?

What was one of the most memorable moments of Odyssey?

The episode with Polyphemus.

Would you listen to another book narrated by Gordon Griffin?

Well, after waiting some time for a reading of Pope's Odyssey, it is a little disappointing that the reader often loses the rhythm and makes not a few careless mistakes, albeit it is worth it. Perhaps it could be improved. Michael Page has done Pope's Iliad and Dryden's Aeneid; it would be good if he performed an audio reading of this too perhaps.