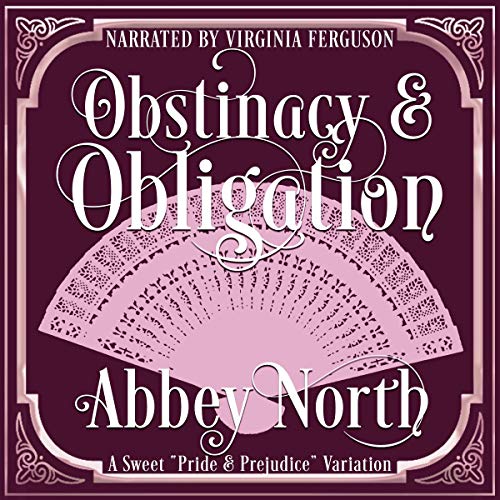 Tasked with finding her a husband, he concludes he is the best choice.

When Mr. Bennet collects on an old debt, Fitzwilliam finds himself in the strange position of inviting Lizzy to London on a secret mission to find her a husband. She isn’t to know his intentions, per his promise to her father, but as he introduces her to men of the Ton, he finds it increasingly difficult to imagine Lizzy marrying anyone but him. Will she move past her refusal to ever marry and accept his proposal? If she does, how will she react when she learns of the scheme her father invented and he undertook? Can Lizzy get past her obstinacy to see the motivation behind his obligation?

This is a stand-alone novel. While Abbey sometimes writes sensual JAFF, this is strictly sweet.

What listeners say about Obstinacy and Obligation