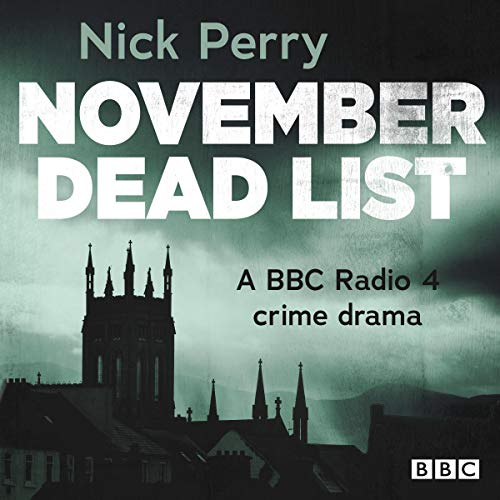 DCI Greave is on the hunt for serial killers in this gripping Radio 4 full cast crime series.

Each Roman Catholic parish compiles a Book of the Dead from the lists of departed loved ones submitted by parishioners. Printed on the front of the envelopes are three words: November Dead List. In this series, a young priest opens one such envelope and discovers not a list of the dead but a list of people he knows to be alive and members of his congregation. At first he thinks it's someone's idea of a joke. Then the people named start turning up dead.

Greave is played by Nicola Walker

Set in rural Norfolk, one of the lowest crime areas in the country, DCI Greave leads a team investigating two potentially linked murders. Both victims had their heads shaved antemortem, and Greave discovers a link to a case in London a couple of years ago: the Dead List murders. At each crime scene, she's found prayer cards depicting Christian martyrs whose deaths correspond to the victims in her case.

Greave is played by Lia Williams

Wonderfully scripted and acted thriller that kept me on the edge of my seat.