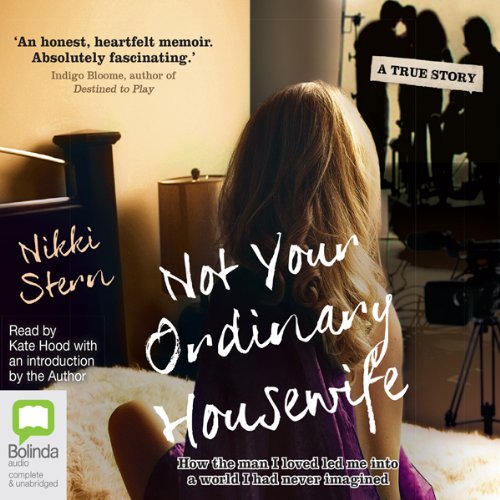 Not Your Ordinary Housewife

How the Man I Loved Led Me into a World I Had Never Imagined
By: Nikki Stern
Narrated by: Kate Hood
Length: 10 hrs and 51 mins
Categories: Biographies & Memoirs
3.5 out of 5 stars 3.5 (2 ratings)

Not Your Ordinary Housewife

When Nikki Stern left suburban Melbourne for Europe in the early 1980s, little did she know that her life was about to change dramatically. Adopted into a well-connected family and educated at an exclusive school, she fell instantly and hopelessly in love with a charming and charismatic cartoonist in Amsterdam. Paul and Nikki embarked on a passionate love affair, enjoying the hedonistic days of the '80s before eloping and returning to Australia. But soon Nikki found herself in a world she never imagined.

What listeners say about Not Your Ordinary Housewife

Just a study in how a person can be manipulated?