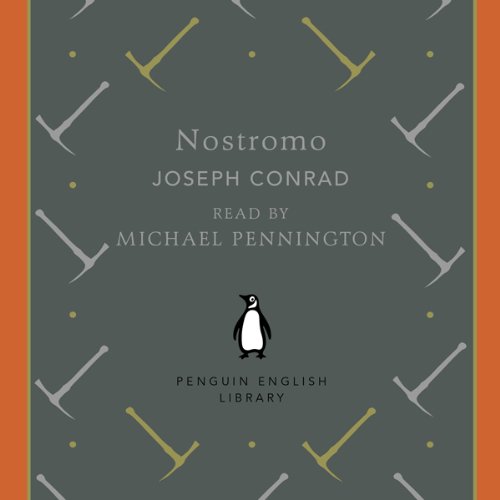 By: Joseph Conrad
Narrated by: Michael Pennington
Try for £0.00

"There is something in a treasure that fastens upon a man's mind. He will pray and blaspheme and still persevere, and will curse the day he ever heard of it, and will let his last hour come upon him unawares, still believing that he missed it only by a foot. He will see it every time he closes his eyes. He will never forget it till he is dead - and even then..."

In the exotic South American republic of Costaguana, the San Tomé silver mine provides opportunities for untold wealth and power. Yet amid the turbulence and brutality of Latin American politics, everyone associated with it - from the compromised English mine-owner Gould to the grasping businessman Holroyd, from the revolutionary Montero to the loyal and seemingly incorruptible worker Nostromo - becomes somehow irrevocably tainted. Nostromo is a grandiose epic, startlingly modern in its technique and political sophistication - and a masterpiece of tension, adventure, and mystery.

Part of a series of vintage recordings taken from the Penguin Archives. Affordable, collectable, quality productions - perfect for on-the-go listening.

What listeners say about Nostromo