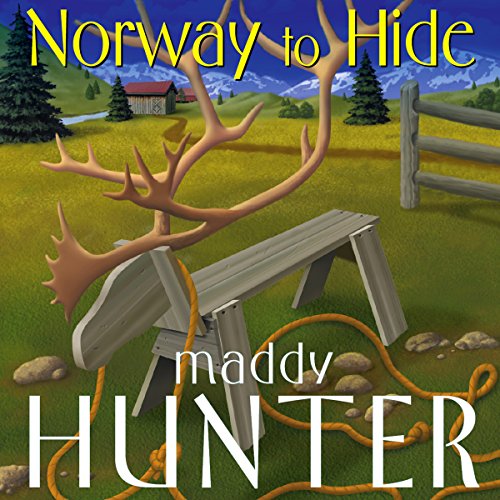 By: Maddy Hunter
Narrated by: Kathleen McInerney
Try for £0.00

Sure, Jackie Thum's newly published novel might not be Hemingway, but bad reviews from her fellow travelers have Emily Andrew's transgender ex-husband (Jackie was formerly Jack) steaming like a sauna. It's a dismal start to their Scandinavian tour, and group leader Emily is getting that sinking feeling in Helsinki: Something fishy this way comes.

When Jackie's most outspoken critic, a Floridian from a picture-perfect gated community called The Hamlets, is found dead, suspicion falls on Jackie - who surprises everyone with an airtight alibi. But when another guest turns up dead, Emily realizes there is a killer hiding among them. Herrings, both red and pickled, abound on a Norwegian fjord cruise - and Jackie is suddenly nowhere to be found.

With her mother arranging a wedding disaster for Emily back home in Iowa, Emily must somehow salvage her nuptials from overseas while icing a killer - before someone else meets a nasty Finnish.

What listeners say about Norway to Hide