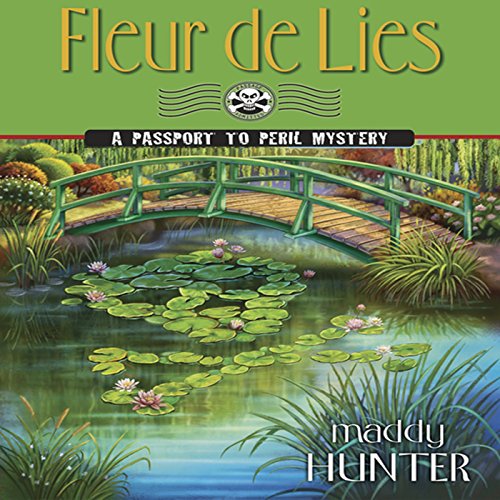 When intrepid travel agency owner Emily Andrew-Miceli takes her band of tech-savvy seniors to France, they say "Bonjour" by cruising down the Seine River. Along for the ride are a colorful cast of cruise-goers, including four sales reps who are the creme de la creme of the cosmetic industry and a group of morticians looking for a little joie de vivre as they sort out business conflicts. But once a guest is found dead along Normandy's famed Alabaster coast, Emily bids adieu to the hopes of a fatality-free trip. Was it a mishap? Or was murder the entre du jour? Traveling from the medieval alleyways of Rouen to Monet's famous water lily garden, Emily must untangle a web of lies that began a half-century ago, on the very eve of the D-Day invasion.

The Best in the Series

This was the funniest and most engaging of the series. The story is well written with funny characters and twists and turns to keep the plot moving. The interesting tidbits about the places in France and the poignant World War 2 stories added substance to the fluffy nature of the story. I would love to travel with Emily and the Iowa seniors. They are funny and entertaining. I hope this isn't the last book in the series. This book is a must read.