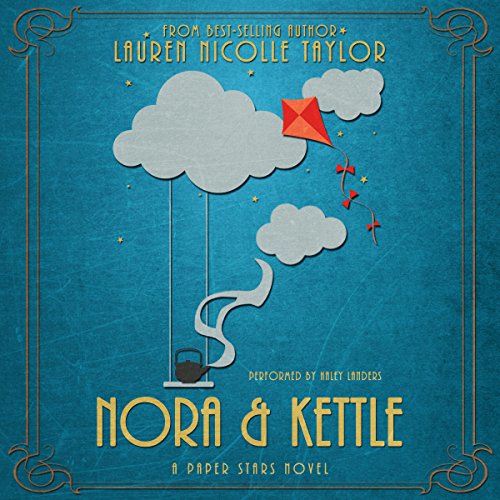 Fans of Eleanor & Park and The Book Thief will love this startling and heart-warming take on Peter Pan. What if Peter Pan was a homeless kid just trying to survive, and Wendy flew away for a really good reason?

Seventeen-year-old Kettle has had his share of adversity. As an orphaned Japanese American struggling to make a life in the aftermath of an event in history not often referred to - the internment of Japanese Americans during World War II and the removal of children from orphanages for having "one drop of Japanese blood in them" - things are finally looking up. He has his hideout in an abandoned subway tunnel, a job, and his gang of Lost Boys.

The world outside her oppressive brownstone calls to 18-year-old Nora - the privileged daughter of a controlling and violent civil rights lawyer who is building a compensation case for the interned Japanese Americans. But she is trapped, enduring abuse to protect her younger sister Frankie and wishing on the stars every night for things to change.

For months, they've lived side by side, their paths crossing yet never meeting. But when Nora is nearly killed and her sister taken away, their worlds collide as Kettle, grief stricken at the loss of a friend, angrily pulls Nora from her window.

In her honeyed eyes, Kettle sees sadness and suffering. In his, Nora sees the chance to take to the window and fly away.

Set in 1953, Nora and Kettle explores the collision of two teenagers facing extraordinary hardship. Their meeting is inevitable, devastating, and ultimately healing. Their stories, a collection of events, are each on their own harmless. But together, one after the other, they change the world.

Editor should be fired

This story is in major need of an editor. Mixing up names of the boys, time lapses and dream sequences that are ill placed and nonsensical occur throughout. The narrator is no better than the story, mispronouncing words, pausing at awkward times, emphasizing the wrong parts of a sentence. It’s awful. I wanted to like it, but some faults are hard to overcome, and this book is loaded with them.

loved it, but there's no sequel

not sure if the author plans to revisit the story of Nora and Kettle, but I hope so. I really want to know how these characters grow after hearing their beginning to freedom.

This story winds around to get where it’s going. I would have enjoyed more of an ending and a less whiny narration.