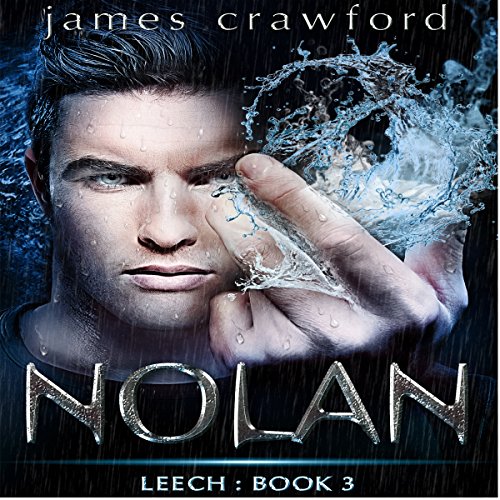 By: James Crawford
Narrated by: Jason Lovett
Try for £0.00

Every high school has its rock star. Maybe it's the quarterback, head cheerleader, or the valedictorian - the one student who outshines the rest. The one everyone knows will be successful in the years to come. For Nolan that was a lifetime ago, before he lost his sight, before he even knew what a Leech was. Now, all Nolan wants is to see Caleo survive to fulfill his destiny. A task that is becoming increasingly difficult as the government wades into the war, new enemies appear, and the number of people trying to kill them skyrockets.

What listeners say about Nolan

A Nice Closure to a great story...

I thoroughly enjoyed books 1 & 2 (Caleo & Jack) and this book was good, it just was not as riveting to me. Don't get me wrong, lots of action and adventure and some comedic aspects but I just felt that something was missing and sadly, I cannot explain what that might be. I will say that the ending was a surprise and I am glad the way the story plays out. I like the closure provided in the book. I am certainly glad that Steve got his comeuppance. The writing style of James Crawford is great and the narration by Jason Lovett added to the experience. A very good series.

I was thrilled to hear this book, loved the story, it was the best adventure yet, Jason Lovett continued to bring the whole series to life and I am thank full for that. The interactions between Nolan and Jack were some of the best, the story kept you wanting more and my only regret is that it ended, this series is legendary status in the making, and I understand more and more how the outreach towards LGBT youth and having characters that your can have some relation to feeling that your experiences don't go unnoticed and it can bring joy and warm the heart, make you think and feel things about these characters at times you didn't realize you could without connecting to them personally, thank you very much James Crawford.

The final book was okay, it had a lot of action and emotion which kept me interested. There was also an unexpected twist towards the end. The last chapter kinda felt like a cliffhanger ending, like what happens with little Nolan? Will he ever officially meet Caleo and Jack? Overall not a bad series I personally enjoyed book 1 &2 alittle more.

Its a great series with a too ending. I wish it was different but it makes sense with the mood of the series.

Great end to a really original series. Requires a bit of suspension of disbelief but no more then the other books.

book one made me fall in love with caleo, book two made me love Jack, book the made me hate Nolan. all in all while I expected the ending to be similar to what it was, I can say I loved the stories