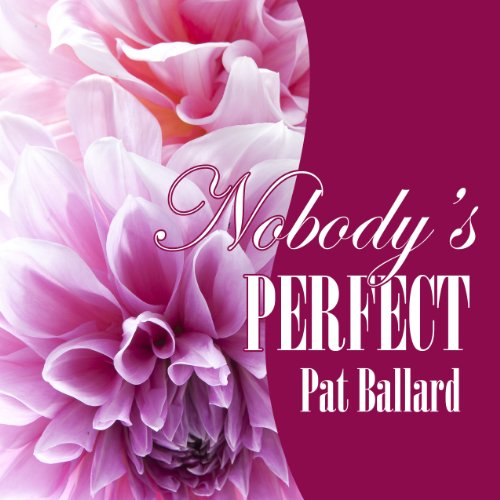 Nella Covington can't believe she's agreed to marry the arrogant Samuel L. du Cannon, even if it's only a marriage of convenience. He needs a mother for his small son, and she needs to keep her beloved childhood home. Will she be able to stand his egotistical attitude? His domineering manner?

But Jake is such a darling little boy! And he's already captured her heart. What does she have to lose? If Sam's work keeps him on the road enough, she won't have to deal with him much at all. Maybe this just might work.

All Sam du Cannon wants is a good mom for his son. He's had it with women. Doesn't ever plan to get involved with another woman again. That makes Nella perfect for him. He's never been overly attracted to plus-size women, so if Nella agrees to marry him, he won't have to worry about being tempted to have a relationship with her. At least, that's what he keeps telling himself.

As they lay exhausted from making love, Sam said, "You are, without a doubt, the most passionate woman I have ever known. And you turn me on more than any woman ever has." Not knowing what to say, Nella just reached up and lightly kissed him. "You ain't seen nothing yet," she whispered her promise.

What starts out as a marriage of convenience, soon turns into something real when they start seeing each other in a different light. Wonderful characters and an interesting story. It is always a joy listening to the fabulous Joy Nash! 💕

Nobody's Perfect. Overall I loved this book until the end. I found the ending ridiculous. The male main character is in danger of losing custody of his child to his dead wife's parents because an ex takes a case against him saying she is pregnant by him. She of course insn't. His wife the childs stepmother is taken into custody for kidnapping the child while she and her husband are trying to sort it out. In Australia nobody would lose custody because an ex stated she was pregnant even if she was there are paternity tests. I just stopped reading at that point made no sense.

If you could sum up Nobody's Perfect in three words, what would they be?

What other book might you compare Nobody's Perfect to and why?

The "full figured" angle made it a "real" read.

Have you listened to any of Joy Nash’s other performances before? How does this one compare?

Pulled me in completely to the setting and characters of the novel. Did good male voice but nailed the female voice! Hope she "reads" more books soon.

This is a contemporary , light romantic tale that flows okay, albeit very predictably, except for, maybe, a small part of the last 50 minutes of the story. But the slight twists caused exasperation instead of interest b/c the two twists were too late to try to create complexity in this predictable story. And the ending was still very clear. The slight twists caused an unnecessary detour with no meaning or purpose. Another irritation was that some details in the story were misaligned or not addressed as the story went on, which also took away from the realism. From the beginning, I struggled to understand why Nella agreed to marry Sam. The reasons that were given seemed too little and barely plausible for most people in her position. At times, the dialogue for the 3-year-old boy seemed developmentally beyond the average 3-year-old. And the narrator did a poor job portraying him. Thankfully he didn’t have a lot of dialogue in this short story.
I liked that Sam’s interest in Nella progressed in a reasonable manner and was based on something more than Nella’s physical attributes, though they were frequently mentioned and included in his attraction. The sex scenes started at almost 4 hours into the story and were far from explicit. Instead, the 3 back-to-back scenes were light, short, and sweet. I liked that the author was trying to portray larger women, generally more “normal” than not in the real world, as desirable and confident. But I didn’t find it helpful to make the terms "full-figure" and "fat" and even obese, sort of, synonymous with one another. It just seemed false and unrealistic.