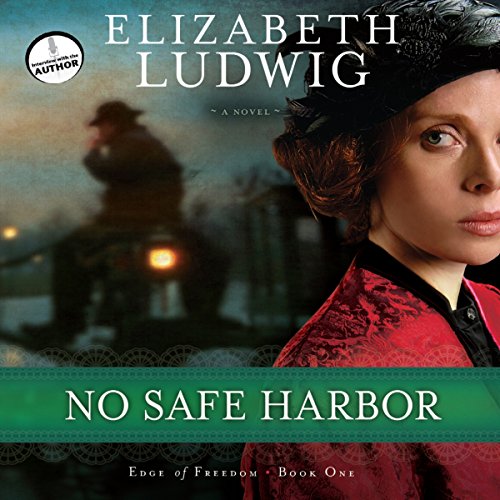 New York City, 1897. She came to America searching for her brother. Instead all she's found is a web of danger.

Cara Hamilton had thought her brother to be dead. Now, clutching his letter, she leaves Ireland for America, desperate to find him. Her search leads her to a houseful of curious strangers, and one man who claims to be a friend - Rourke Walsh. Despite her brother’s warning, Cara trusts Rourke, revealing her purpose in coming to New York. She’s then thrust into a world of subterfuge, veiled threats, and attempted murder, including political revolutionaries from the homeland out for revenge. Her questions guide her ever nearer to locating her brother - but they also bring her closer to destruction as those who want to kill him track her footsteps. With her faith in tatters, all hope flees. Will her brother finally surface? Can he save Cara from the truth about Rourke...a man she’s grown to love?

From Ireland to Ellis Island, Cara, now in New York, arrives in search of her brother, Eoghan. Cara found work in a candle factory and to her surprise, she also found many friends in the boarding house where she lived . . . and one enemy. The story is a gentle, easy listen, even with the danger that Cara encounters . . . I had never heard of the Fenian Brotherhood before listening to No Safe Harbor. All in all, clean, good book.

Where does No Safe Harbor rank among all the audiobooks you’ve listened to so far?

Safe Harbor ranks in the top ten books I have listened to. I listen to many books since I have a long commute to work.

The story grabs your attention at the very begining. It is interesting and very "clean".

I really liked the fact that the book is captivating and a well written Christian book.

I highly recommend Safe Harbor. If you like historical romance you will like this book! The narrator did a wonderful job.

loved it! listened while I walked! would be in great shape if it were longer!!

I love this story!

Great book and very well read, I'm looking forward to her next book. Thank you!!

This was a really well-written story with suspense, romance, good guys and bad guys. Even the "heroes" and "heroines" are questionable, as well as some of the villains. Great conclusion with a good lead in to book two of the series.

I enjoyed this novel, though it took a while to get through it. A slow read, or “listen”, in this case. It was a wholesome sort of gothic, with mystery, romance and danger. Not my usual genre, but it was good. What made the novel a worthy listen for me was the narrator. Ms. Pappageorge gives an excellent performance! I loved the Irish accents, among others. She is the reason I persisted in listening to the novel. I did enjoy the author’s interview at the end.