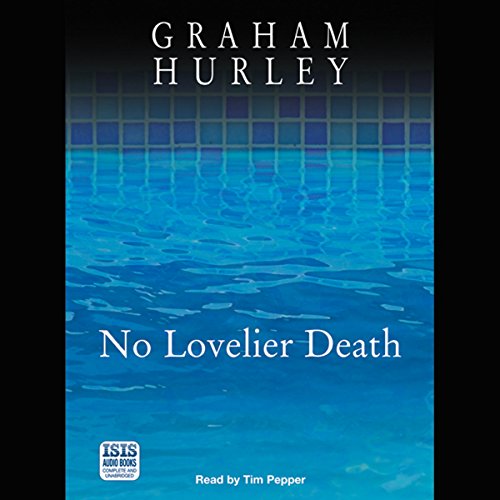 While judge Peter Ault is away on holiday, his teenage daughter Rachel throws a party. The invite goes out on Facebook and before she knows it over 100 kids have descended on the house. The party turns into a riot and the property is trashed. And before the night is over Rachel and her boyfriend are dead.

With two bodies, over 100 suspects and the national media shrieking, DI Faraday is confronted with a nightmare investigation. The judge's neighbour had promised to keep an eye on things. Now, awaiting the judge's return, he is determined to find the killer.

What listeners say about No Lovelier Death

What made the experience of listening to No Lovelier Death the most enjoyable?

The story is very believable and interesting. The characters are well rounded and the story is well written.

The descriptions are good and the Hampshire Police Force and procedures are surprisingly interesting.

Have you listened to any of Tim Pepper’s other performances? How does this one compare?

I am surprised I had not heard of this author before, after all he is 'on my patch!'.

Its just a shame that Audible have not got more of the Joe Fraraday series to download. If you like your modern dective thrillers to have a gritty realism, a supurb cast of colourful characters and a good story line to keep you hooked then look no futher a really enjoyable listen. If you like Rebus, Morse, Frost then you will be pleased with another addition to the modern detective. The narrator Tim Pepper is perfect for creating the ambience and has a wide range of voices that make the whole experience a treat.

I listened to this book on a road trip and enjoyed it immensely. The plot was well-constructed, with enough detail to keep the reader's interest but not so much as to become tedious, and a few twists to keep things interesting. The characters were well-drawn, and the rendition superb. I'd definitely recommend.

If you take a break between listens, you may find there are too many characters to easily keep track of. The plot was great. The major characters were interesting and the minor ones a tad so-so.
The reader put lots of energy into his narration, but he didn't have good breath control and there were some pauses where pauses do not make much sense.. not bad enough to put me off though... would still rec. as a good British crime yarn.