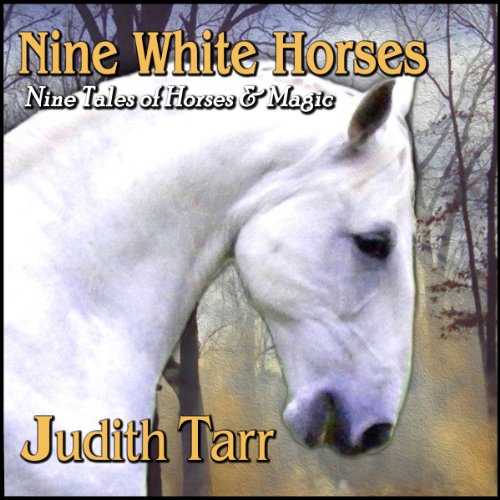 Nine stories of horses and their people.

Nine tales of magic and enchantment. Horses of the ancient world, horses of the Middle Ages and the Arabian Nights, horses of the present and the future, even horses (and not quite horses) of a world that never was.

When a mysterious stranger steals the Emperor Charlemagne's favorite horse, the Emperor's page goes hunting for the thief and the horse - and uncovers a secret older than gods.

Drawn to a stableyard full of legendary white horses, a passerby finds a greater legend still, and an ancient treasure.

In a far future world, horses are no longer precisely horses - except for one precious herd, which alone preserves the ancient bloodlines. When that herd is ordered to conform to modern laws of genetics, the results are not at all what the laws' makers expect.

In these and other stories, horsewoman and author and historian Judith Tarr celebrates the lore and legend of the horse, and the age-old bond between horse and human.

awful narrator boring stories watching paint dry would be more interesting. Did I mention the narrator was awful, monotone and grating total waste of money