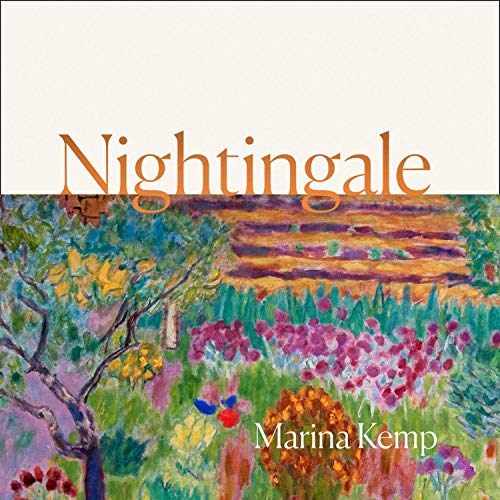 By: Marina Kemp
Narrated by: Olivia Dowd
Try for £0.00

A moving and masterful novel about sex, death, passion and prejudice in a sleepy village in the south of France.

Marguerite Demers is 24 when she leaves Paris for the sleepy southern village of Saint-Sulpice, to take up a job as a live-in nurse. Her charge is Jerome Lanvier, once one of the most powerful men in the village, and now dying alone in his large and secluded house, surrounded by rambling gardens. Manipulative and tyrannical, Jerome has scared away all his previous nurses.

It’s not long before the villagers have formed opinions of Marguerite. Brigitte Brochon, pillar of the community and local busybody, finds her arrogant and mysterious and is desperate to find a reason to have her fired. Glamorous outsider Suki Lacourse sees Marguerite as an ally in a sea of small-minded provincialism. Local farmer Henri Brochon, husband of Brigitte, feels concern for her and wants to protect her from the villagers’ intrusive gossip and speculation - but Henri has a secret of his own that would intrigue and disturb his neighbours just as much as the truth about Marguerite, if only they knew....

Set among the lush fields and quiet olive groves of southern France, and written in clear prose of crystalline beauty, Nightingale is a masterful, moving novel about death, sexuality, compassion, prejudice and freedom.

"This is a breathtaking book. In the absolute literal sense, it took my breath away. Not one thing that happened was predictable, and yet everything was inevitable, and still, the ending astonished me. This is a beautifully human book, full of compassion for our foibles, tenderness for our pain, and generosity for every misguided, confusing, honest decision any of us have ever made." (Robin Oliveira, author of My Name Is Mary Sutter)

"Marina Kemp’s Nightingale is an engrossing, mysterious, tender and disquieting book, alive to the agony of private sorrow, the fury of pent-up desires, the weight of unspeakable secrets – and also, always, to the possibility of transcendent beauty. I won’t forget its atmosphere of creeping dread, or its brilliantly realised characters, desperately trying to semaphore their pain and loneliness to one another. This is a debut of real significance." (Edmund Gordon, author of The Invention of Angela Carter: A Biography)

"Secrets and lies, despair and rebirth as a patriarch dies in rural France. An exquisitely-observed debut from a writer to watch." (Francis Spufford, author of Golden Hill)

What listeners say about Nightingale

This is a wonderful story! Wish there had been a 2nd book instead of the sad ending!

There are some wonderful sentiments, beautifully written in this book, but it takes a very, very, very long time for anything to happen. I felt that most of important moments at the end of the book were just skimmed over

Set in the village of Saint-Sulpice in the Languedoc region of France, this is an outstanding, delicate first novel. The nightingale in Marguerite, a 24 year-old nurse from Paris who has chosen to move to this isolated village to tend Jerome Lanvier, previously powerful and tyrannical, now a curmudgeonly and cantankerous old man nearing death. The nightingale Marguerite perhaps also echoes Ovid's Philomel, turned into a nightingale and unable to voice her secret, giving the whole novel a timelessness.
The small community of Saint Sulpice is narrow with dark secrets, love affairs, jealousies and passions which are in stark contrast to the natural beauty of the olive trees, changing skies, flowers and farmland. The story unfolds slowly, seemingly naturally. Marguerite is the only nurse who has survived Jerome's sniping nastiness and they develop a mutual need. Jerome's sons who come to visit are harsh and cold; Suki the Iranian woman seeking friendship is ostracised; the neglected wife Brigitte is vengeful and bitter; her husband Henri and Edgar the poet have unacceptable needs. The secret which looms most darkly, however, is Marguerite's own relating to her much loved little sister. All these very real people with their loves, losses and pain are beautifully developed with economy, compassion and forgiveness. We come to know their complexities and understand them.
The narration is excellent and the whole has an aura of a painting as though Marina Kemp is using words as brush strokes. I loved it - and -oh - that ending!

This book was a rollercoaster of the emotions of relationships, familial, personal and sexual. A great story, performed well.

Love the story but so sad

Loved the story not so much the ending, it left me depressed. Wish it could be altered.