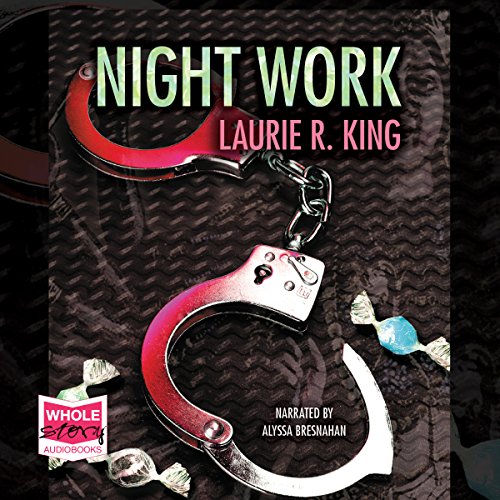 By: Laurie R. King
Narrated by: Alyssa Bresnahan
Try for £0.00

Kate and her partner, Al Hawkin, are called to a scene of carefully executed murder: the victim is a muscular man, handcuffed and strangled, a stun gun's faint burn on his chest and candy in his pocket. The likeliest person to want him dead, his often-abused wife, is meek and frail - and has an airtight alibi.

Kate and Al are stumped until a second body turns up - also zapped, cuffed, and strangled...and carrying a candy bar. This victim: a convicted rapist. As newspaper headlines speculate about vendetta killings, a third death draws Kate and Al into a network of pitiless destruction that reaches far beyond San Francisco, a modern-style hit list with shudderingly primal roots.

What listeners say about Night Work

This book is really about giving you an insight into life from a lesbian perspective albeit it the author piles on additional minority issues of wife beating child brides and dowries . Oh and let’s have a key suspect being a lesbian religious minister. Oh and the partners of the two detectives seem to have suffered from crime attacks the year before
The “play” is therefore exploring a very niche albeit interesting world
The basic detective plot is however very weak and therefore shouldn’t really be categorised as a crime novel