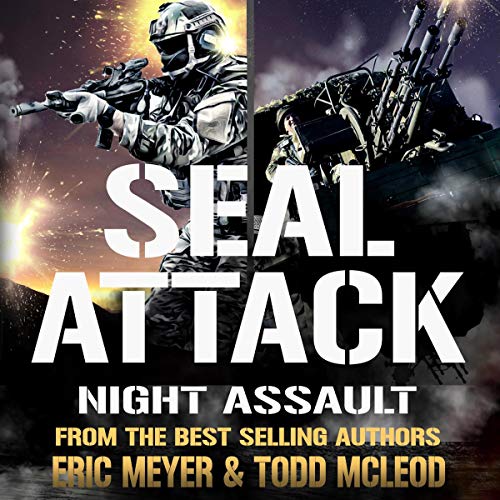 By: Todd McLeod,Eric Meyer
Narrated by: Ray Bader
Try for £0.00

A new warlord, Malik Khan, has appeared inside Afghanistan. A common bandit and a thief, but clever enough to cloak his rampage of murder and pillage under the mantel of Islam.

He takes a hospital in a remote area as his base of operations, a former stone built military post perched on a hilltop and said to be impregnable. Safe behind his walls and with the medical staff held hostage, he is free to continue his campaign of robbery and murder unmolested. The SEAL fireteam led by Petty Officer Rod Cooper has other ideas, and they HALO jump from high flying C-130 to conduct a night assault on Malik’s base. An assault that runs intro trouble from the start, and what should have been a routine mission becomes their worst nightmare.

SEAL Attack: Night Assault is the fifth short-listen novel in the SEAL Attack series. The book is a collaboration between Todd McLeod and Eric Meyer, the best-selling author of more than 50 war novels.

What listeners say about Night Assault