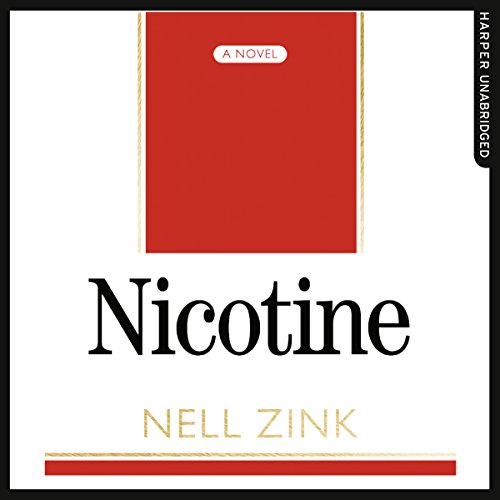 By: Nell Zink
Narrated by: Cassandra Campbell
Try for £0.00

From the much acclaimed author of Mislaid and The Wallcreeper, a fierce and audaciously funny novel of families, both the ones we're born into and the ones we create - a story of obsession, idealism and ownership, centered around a young woman who inherits her bohemian late father's childhood home.

Recent business school graduate Penny Baker has rebelled against her family her whole life - by being the conventional one. Her mother, Amalia, was a member of a South American tribe called the Kogi; her much older father, Norm, long ago attained cultlike deity status among a certain cohort of ageing hippies while operating a psychedelic 'healing centre'. And she's never felt particularly close to her much older half brothers from Norm's previous marriage - one wickedly charming and obscenely rich (but mostly just wicked), one a photographer on a distant tropical island.

But all that changes when her father dies, and Penny inherits his childhood home in New Jersey. She goes to investigate the property and finds it not overgrown and abandoned but rather occupied by a group of friendly anarchist squatters whom she finds unexpectedly charming and who have renamed the property Nicotine.

The Nicotine residents (united in defence of smokers' rights) possess the type of passion and fervour Penny feels she's desperately lacking, and the other squatter houses in the neighbourhood provide a sense of community she has never felt before. She soon moves into a nearby residence, becoming enmeshed in the political fervour and commitment of her fellow squatters.

As the Baker family's lives begin to converge around the fate of the house now called Nicotine, Penny grows ever bolder and more desperate to protect it - and its residents - until a fateful night when a reckless confrontation between her old family and her new one changes everything.

Nell Zink exquisitely captures the clash between baby boomer idealism and millennial pragmatism, between the have-nots and want-mores, in a riotous yet tender novel that brilliantly encapsulates our time.

Praise for Nell Zink:
"Zink is hilarious and cracklingly smart, and she takes the kind of risks that a novelist is supposed to take." (Jonathan Franzen)
"Two of the most audacious and exciting novels I've read in a long time." ( Independent)
"Prodigiously intelligent and odd.... Zink's work is not tender, elegant, disciplined or classically proportioned, but it is clever, fierce, striking and original. So much so that it makes tender, elegant and so on look quite dull." ( Guardian)
"An unusual and original talent, one fearless in her approach to language and subject. Where she goes next is anyone's guess, but it will surely defy expectations." ( Observer)
" Mislaid is that oft-discussed, rarely spotted phenomenon - a Great American Novel. It catapults Zink straight into the company of not only Franzen, but also Donna Tartt and Philip Roth, Tom Wolfe and John Irving. Zink takes her big-name predecessors in her stride and goes that bit weirder." ( Daily Telegraph)
"One of the most exciting debut novels that will be published this year." ( Guardian)
"The novel's charm and intelligence run deep. It's a provocative masquerade with heart, reminding us that the gaps and cracks between our insides and our outsides are the spaces where our spirits live." ( New York Times Book Review)
"A high comedy of racial identity.... Zink is a comic writer par excellence." ( New Yorker)
"A talent that is as rare and strange as a kestrel on Oxford Street.... A slim, strange masterpiece, and one of those alluring, elliptical, exceptional novels that I will want to keep rereading for the rest of my life." ( The Sunday Times)
"The best book of 2014.... Every page is an angular masterpiece." ( Dazed)
"An instrument of delight, an offering of kinship. Like its namesake, The Wallcreeper is fleet, stealthy and beautiful. It's a lifer indeed." ( New York Times)
"Heady and rambunctious.... I'll pay it the highest compliment it knows - this book is a wild thing." ( New York Times)
"A work of bizarre brilliance." ( New Statesman)

What listeners say about Nicotine