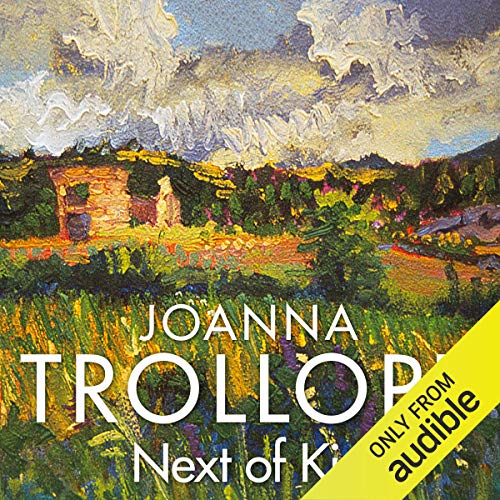 By: Joanna Trollope
Narrated by: Eleanor Bron
Try for £0.00

Dairy farmer Robin Meredith has just buried his Californian wife Caro who, though a central figure at the farm for more than twenty years, had remained a mystery to the family. With Caro gone, her adopted daughter Judy feels cut adrift. To Robin’s brother, Joe, Caro had been the emblem of a freedom he’d glimpsed in America and his grief is far deeper than the family suspects. Even Robin and Joe’s parents, entrenched in the adjoining farm, feel suddenly vulnerable to time and change as well.

Into their midst comes Judy’s friend Zoe, whose disturbing directness becomes a catalyst for change…. Read by Eleanor Bron.

What listeners say about Next of Kin

Death as a Lesson in Living

What made the experience of listening to Next of Kin the most enjoyable?

What other book might you compare Next of Kin to and why?

Can't think of one.

Which character – as performed by Eleanor Bron – was your favorite?

Joanna Trollope knocked it out of the park as usual, and this is a book that I have listened to four or five times so far.