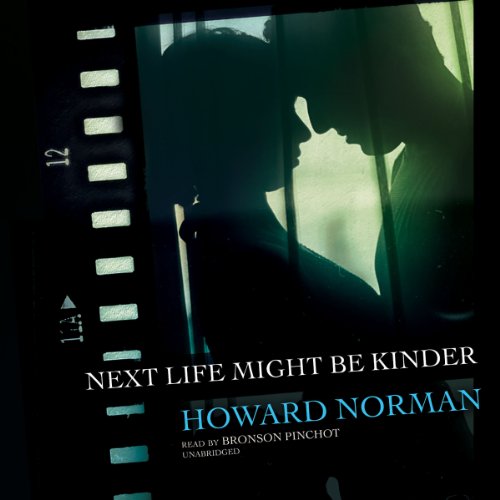 By: Howard Norman
Narrated by: Bronson Pinchot
Try for £0.00

"After my wife, Elizabeth Church, was murdered by the bellman Alfonse Padgett in the Essex Hotel, she did not leave me."

Sam Lattimore meets Elizabeth Church in 1970s Halifax, in an art gallery. The sparks are immediate, leading quickly to a marriage that is dear, erotically charged, and brief. In Howard Norman's spellbinding and moving novel, the gleam of the marriage and the circumstances of Elizabeth's murder are revealed in heart-stopping increments. Sam's life afterward is complicated. For one thing, in a moment of desperate confusion, he sells his life story to a Norwegian filmmaker named Istvakson, known for the stylized violence of his films, whose artistic drive sets in motion an increasingly intense cat-and-mouse game between the two men. For another, Sam has begun "seeing" Elizabeth - not only seeing but holding conversations with her, almost every evening, and watching her line up books on a small beach. What at first seems simply a hallucination born of terrible grief reveals itself, evening by evening, as something else entirely.

Next Life Might Be Kinder is a story of murder, desperate faith, the afterlife, and love as absolute redemption - from one of our most compelling storytellers at the height of his talents.

What listeners say about Next Life Might Be Kinder

Howard Norman hits a number of tones in this book: despite the tragedy of the overall premise (the narrator's wife has been murdered, he has sold their story to a film director, and his wife continues to appear to him), the beginning is almost lighthearted, with a good deal of humor. As the book progresses, Norman retains some of the humor but the tragedy encroaches, and the end is almost heartbreaking. Woven through it all is the character of their marriage and of his wife. It's a very affecting portrait of grief.

Bronson Pinchot does a lovely job with the narration. I loved his narration of The Child Thief (never would have imagined it was the same person).

I might add that this book is priced lower than many, and is a great bargain!