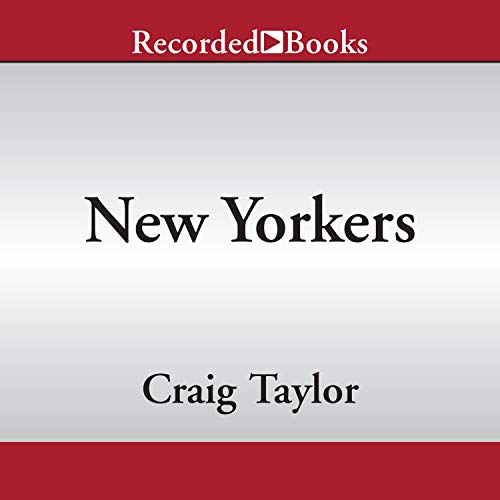 Over the last 20 years, New York City has been convulsed by enormous challenges: terrorist attack, blackout, hurricane, recession, pandemic. New Yorkers is a grand portrait of the irrepressible city and a hymn to the vitality and resilience of its people.

Craig Taylor spent years meeting New Yorkers - rich and poor, old and young, native and immigrant - and getting them to share indelible true tales. Here are the voices of those who propel the city each day - subway conductor, nurse, bodega cashier, electrician who keeps the lights on at the top of the Empire State Building - as well as unforgettable glimpses of the city, from the Macy's Thanksgiving Day Parade by a balloon handler to the Statue of Liberty by one of its security guards. New Yorkers captures the strength of the city that - no matter what it goes through - dares call itself the greatest in the world.

What listeners say about New Yorkers