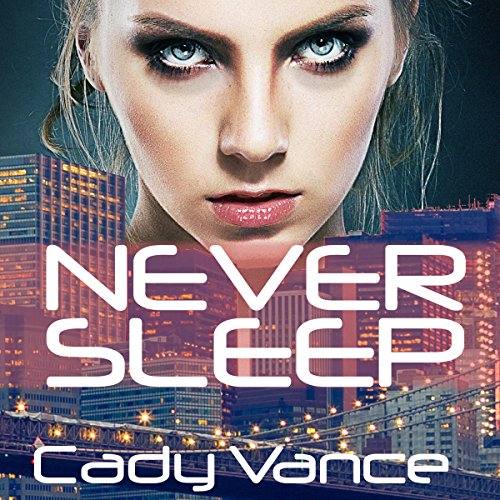 By: Cady Vance
Narrated by: Stephenie Park
Try for £0.00

Thora Green had a life once upon a time, but that ended the day her parents enrolled her in sleep clinic prison. At the facility her chronic insomnia is observed by scads of doctors, but she is never actually treated for her dire disease.

In a feat of desperation, Thora escapes and heads straight for New York City. Buried deep in the city's underbelly, there is rumored to be a secret haven called the Insomniacs's Cafe: a place where people like Thora can find relief.

As Thora joins forces with Aiden and Florence, two fellow insomniacs, their midnight quest will take them from the dusty bookshelves of The Strand to the smoky underground clubs in the Lower East Side to countless taxi and subway rides. Clues leading to their final destination are waiting for them at every turn. So are Sleepers - a powerful core of sworn-enemies to all insomniacs - who wish to see Thora and her friends destroyed at any cost.

What listeners say about Never Sleep