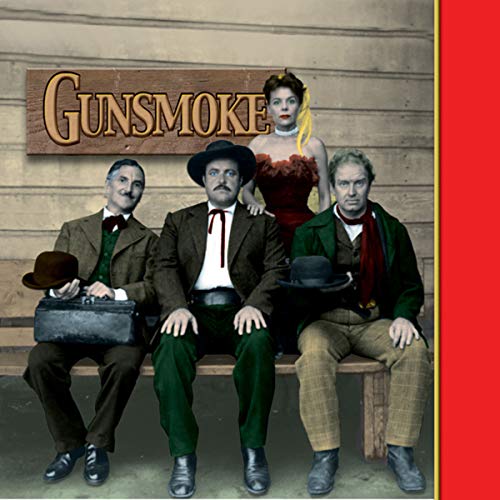 Set in Dodge City, Kansas, in the 1870s, Gunsmoke aired on CBS Radio until June 1961. William Conrad starred as U.S. Marshal Matt Dillon, and he was joined by three other regulars: Howard McNear as "Doc" Charles Adams; Georgia Ellis as Kitty Russell; and Parley Baer as Chester Proudfoot. This episode originally aired on July 5, 1952.
Don't get out of Dodge! Listen to more Gunsmoke episodes.
©2006 Gunsmoke (P)2006 Radio Spirits Inc.

As one of the most prolific actors from Old Time radio, William Conrad always amazes me with his honest, well rounded performances, none of which can equal his superb characterization of Marshal Matt Dillon.
A true treat for any fan of the series or of the Western genre, his Matt is a man of principle & integrity in a world that is sadly lacking in 2018.