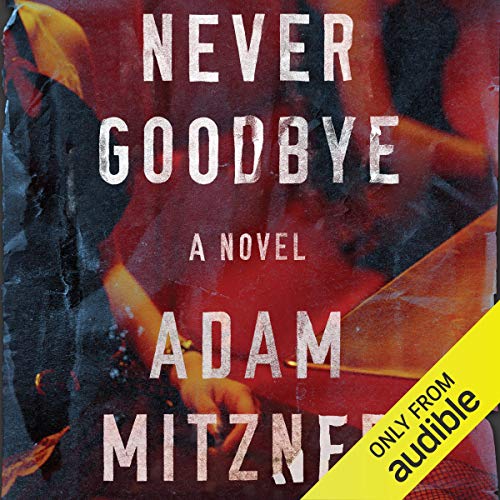 By: Adam Mitzner
Narrated by: Erin Bennett
Try for £0.00

A thriller of murder, redemption, and breakneck twists by the Amazon Charts best-selling author of Dead Certain.

After her sister was murdered, Ella Broden meted out her own punishment, then abandoned her career to pursue her passion as a singer. But another murder that hits close to home draws her back to seek justice.

Dana Goodwin is the newly appointed deputy chief in the Special Victims Bureau, replacing Ella. For her, the case is also personal, but behind Dana's relentless pursuit, her motives might be running deeper than anyone can see. Her secrets, too.

Connecting the two women is Ella's boyfriend, Gabriel Velasquez, who has teamed up with Dana to investigate the murder.

At first Ella thinks all she has to fear about this case is what she knows - that she could be the next target of a man's obsession. But the closer she works with Dana, the more she starts to believe that the most dangerous thing of all is what she doesn't know.

What listeners say about Never Goodbye

The story of the murder is told from the view point of two people and it unfolds one piece at a time. Although I knew “who done it”. It was interesting to watch how it unfolded and the ending could have gone in quite a few different ways. It eventually went in the correct way I think. The legal points were explained in more detail than any other book I’ve read and the points explained were very interesting. I’ll definitely look out for more from this author.

Would you consider the audio edition of Never Goodbye to be better than the print version?

Yes, but for one reason only. Erin Bennett!!!

The plot twists, and I love the intimacy with the characters because of the way he uses multiple first person perspectives.

What does Erin Bennett bring to the story that you wouldn’t experience if you just read the book?

She is a super star in book narration. Her voice, her inflections, her passion. It brings the book to life.

Someone has to sing for the dead

The new phenomenal legal thriller from Adam Mitzner.
This story is a riveting tale of love, deception, well explained legal drama and redemption. The plot twists are very well thought out and will keep you guessing. With very memorable characters whom I would love to get to know for real, it draws you in and doesnt let go.

Never Goodbye has almost everything could ask of a legal thriller including trial preparation, courtroom action, likable characters, excellent character development, a superb narrator, and a realistic plot with a surprise ending. There are two partially offsetting weaknesses: The first half of the novel develops too slowly leading to a risk of listener boredom and the need for a second narrator. Most of the book is told in the first person of the protagonist Ella Bordon and another prosecutor named Dana Goodwin. The switches between the first two women was very frequent. The audio book would have benefited from a second female narrator with a different voice performing the Dana Goodwin first person parts.

I’m Giving it a five star rating because even though I figured out who the “killer” was towards the end, the book kept me captivated during the whole reading.

Suspense At Its Best


Never Goodbye is fantastic! Highly recommended. Adam Mitzner has crafted an intense story, revealed page by page through the narration of two women. Both associated with prosecuting in the Special Victims Unit. When a woman is murdered, the investigation leads to a shocking result.

Ella Broden and Gabriel Velasquez return from Mitzner’s previous book, Dead Certain. The two are very likable. Will we see more of them in future books? They make a great team, professionally and personally.

The little details that reveal themselves add to the tension in the book. It is nearly impossible to stop listening until the end.

You can read my full review at Mystery Suspense Reviews. This one is my new favorite!

Too dumb for words

Maybe my bar is set too high. But this goofy tome tries to cover all the ‘hot button’ topics available without giving us a plausible plot or reason for listening. Could not finish it.

Loved it from first page to last , great performance. Looking forward to another soon.

Sometimes a narrator can rescue a weak story

but the overly excited reading style and audible inhalations after every sentence make listening a chore. There is also precious little differentiation in the character voices, so that it's not easy to recollect which female is being portrayed in any particular scene. The characters are pretty much uninteresting, but a lot of unnecessarily dramatic "thoughts" keep being repeated to make it seem like something is going on. And - are we supposed to now start being suspicious if we are lucky enough to find husbands who cook and clean and help with the kids? Step back, Mitzner! This book sounded like it might be a legal procedural mystery, based on the summary and some reviews. Didn't work out that way.

Good character development. Enjoyable listening. Figured out who done it too soon. End comes up short.

This book was pretty good for me story-wise. The story was good and I liked how the story is told from different points of view. I don't like the ending. I would have liked for some closure on the murder, but I guess I understand why it ended where it did. Overall, like I said, good book.

Hetero or Gay? That depends...

Three lady lawyers get entangled in a murder case and lives change...and not necessarily for the better. Erin, the narrator has three women with dominant roles and she is unable to alter her voice to help the listener determine which of the three is speaking. All three sound the same. I found myself rewinding to make sure I knew which of the ladies was speaking. As I have often commented, multiple readers almost always improve the listening pleasure. However, this issue alone should not stop you from giving it a go.
Cheers, Ken