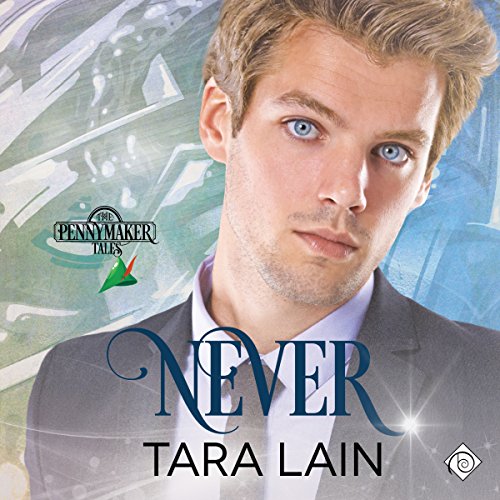 Wendell "Wen" Darling lives in a world of shoulds and musts. Left to care for his brother and sister by his dull drudge of a father and wacko irresponsible mother, he suppresses his creativity, slaving in an ad agency 70 hours a week, letting his no-talent supervisor take the credit.

Then his bosses blow the campaign for their biggest client and Wen gets a chance to shine - but only if he can find the artist who painted a wild, glorious wall of graffiti in the subway. Hiding behind a pillar at 2:00 a.m., Wen comes face-to-face with the scarlet-haired, elven-faced embodiment of his divergent opposite - Peter Panachek, the flighty, live-for-today painter, singer, and leader of the rock group the Lost Boys.

Everything Wen takes seriously, Peter laughs off, but opposites attract, even if their kisses always lead to battles. Peter's devil-may-care persona hides a world of secrets, self-protection, and hidden fears, until the day a drug dealer, Vadon Hooker, threatens everything Wen holds dear. Guided by the mysterious Mr. Pennymaker, Peter has to choose between facing responsibility or burrowing even deeper into Neverland.

Having thoroughly enjoyed Sinders and Ash and Driven Snow (still scratching my head, wondering how I missed the release of Beauty, Inc. on audio), I jumped at the chance to review Never. Even though I have wishy-washy feelings toward Peter Pan that depend entirely upon its production, Tara Lain has won me over with her modern, m/m spin on the age-old classics, so I dove in without hesitation. Guys and gals, I have no other way to say it, I absolutely adored Never. Of the three Pennymaker Tales I’ve listened to, it’s my favorite. I won’t tell you how many times I listened to the final chapter simply because I wasn’t ready to say goodbye to Wen, Peter, Wen’s brother and sister, the Lost Boys, Tink, and Neverland.

For some, the opening scene might not be as attention grabbing as it was for me. You see, back in the day, before I realized how cutthroat the industry was and how thin-skinned and ill-suited I was for such a career, I had fanciful ideas of a career in advertising. Fortunately for me, I realized it was not meant to be before I ever got out of high school. But because of that, I was already connecting with and feeling for Wen and the frustrating “I told you so, but I can’t say it and not get fired” position he was in. I was feeling stabby for him and those feelings merely intensified as I learned more about Wen and his raising of his siblings, especially how that began long before his parents died. So, I was obviously pleased when Peter entered the picture and went against his instinct to run in order to help Wen out. That Wen and Peter are complete opposites merely adds flavor to the story as they both annoy and fascinate one another, all while falling in love – even if neither wants to admit it and all their friends and family can see it.

Keeping in mind that Never is a modern-day take on Peter Pan, parts of the storyline are predictable, while others are well-telegraphed, and yet… Lain and Kale Williams still managed to keep me glued to my Kindle and Echo Dot while I listened to the audiobook. I started the audiobook at work, listened to it in the car on the drive home (it’s only a 10-minute drive, and no, I couldn’t wait until I got home), and cued it up on my Dot as soon as I set my bags down and got the dog back inside. The only time I turned it off that night was when I had to do something that required my complete attention. Williams has done a fantastic job narrating this series and although it’s been a while since I listened to the first two books, I had to look them up to confirm it was the same narrator because I didn’t get that pang of recognition I tend to get when I’ve listened to a narrator several times. That’s not a bad thing, it simply means that Williams has done such a good job of creating character voices that I didn’t have an “Oh, that’s so and so from book x!” moment. I have narrators I love because I instantly recognize their voice and others are favorites because their range is so vast that I don’t always realize what other books they narrated until I look them up on Audible. Kale Williams falls into that second category and I cannot wait to go back and grab Beauty, Inc. to listen to while I wait for the next release. Some days I love Peter Pan, some days I don’t, but I cannot imagine a day when I stop loving Never because Lain and Williams did such a wonderful job on it. Yep, it’s my favorite of The Pennymaker Tales yet.