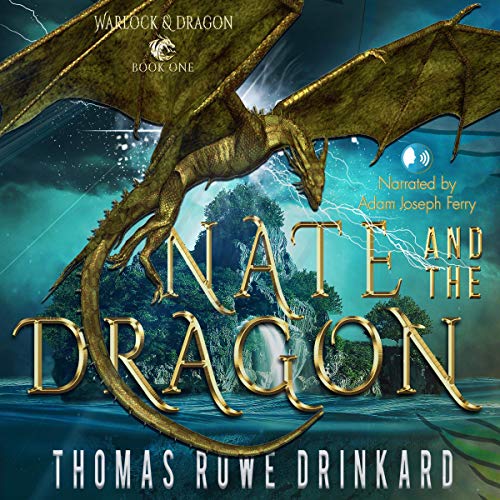 Nate and the Dragon

By: Thomas Drinkard
Narrated by: Adam Joseph Ferry
Try for £0.00

Nate, a 12-year-old boy, is drawn to a surreal island that exists in a place outside normal time. Abandoned, he soon discovers that he is not the only stranded inhabitant. Cato, a young dragon, has become separated from his mother.

Nate soon learns that a group of evil wizards are planning to use the island as a channel to come into his world, ushering in a new dark age.

Called upon as defenders against encroaching evil, will Nate and Cato survive the overwhelming threat?

What listeners say about Nate and the Dragon

this dragon story began witha wonderful descriptive text and created a scenario where I was generally interested in what happened next. the middle act got a little slow and definitly played to a younger audience. the battle scene climax though was a wonderful wrap. loved Mr. Ferry's voices and narration. this is a great book for 10 to 12 year olds and at times reminded me of Piers Anthony. the reading pace would go well as a read along companoon for those learning to read with whisper sync. I listened comfortably at 1.75 speed.