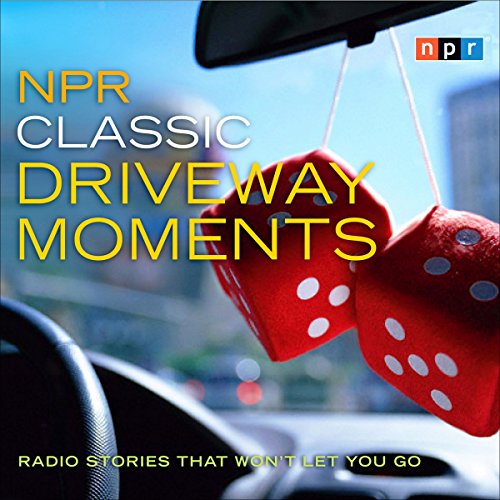 Presented together for the first time, here are the very first, and very best, definitive listener favorites that came to be known as Driveway Moments: the classic, spellbinding stories that keep getting better with repeated listening, selected from the National Public Radio archives.

These tales were first heard on Morning Edition, All Things Considered, and other NPR programs. Like the unforgettable "Amy's Answering Machine", in which comedian and author Amy Borkowsky shares quirky, hilarious messages left by her mother. And "My So-Called Lungs", an emotional audio diary by a young girl with cystic fibrosis. And "Hitching a Ride with Junior McGhee", in which musician/storyteller Charlie Barnett takes listeners on a hitchhiking adventure across the U.S. Literate, intelligent, mirthful, and moving, these stories are worth repeating - and hearing again and again.