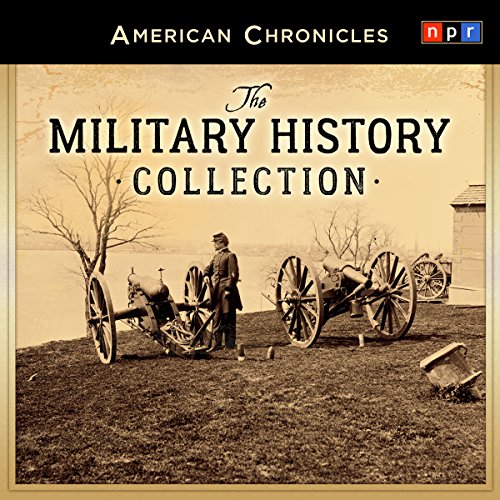 The Civil War: NPR captures the battlefield action, the personal struggles, and the moral dilemmas of the war that pitted brother against brother (and sometimes sister) and friend against friend. This revealing collection of Civil War stories features gripping history and expert commentary from the likes of Shelby Foote, E. L. Doctorow, James McPherson, and many others.

World War I: Famously referred to by US president Woodrow Wilson as "the war to end all wars", the First World War eclipsed all previous wars with its scale of destruction. With over 27 nations involved, the battlefield horrors and political outcomes of the first truly global military conflict had repercussions that are still felt today. NPR presents a vivid portrait of what most experts consider the first modern war, including profiles of America's flying ace Eddie Rickenbacker, unlikely savior of war-torn Belgium Herbert Hoover, and the last surviving doughboy, Frank Buckles.

World War II: NPR reveals remarkable stories of valor, bravery, and survival from the deadliest conflict in history with this vast panorama of interviews, memories, and first-person accounts from fronts in Europe, in the Pacific, and at home. Harrowing, heartbreaking, and deeply personal, this collection offers an intimate, engaging way to learn more about the war that changed the world.

The Vietnam War: NPR reported firsthand on the Vietnam War and for the very first time presents exclusive stories from the origins of the conflict to its major battles, from the fall of Saigon to the repercussions of the war still felt today. Featuring perspectives of ordinary people affected by the conflict as well as high-ranking policy makers and military members who were there.