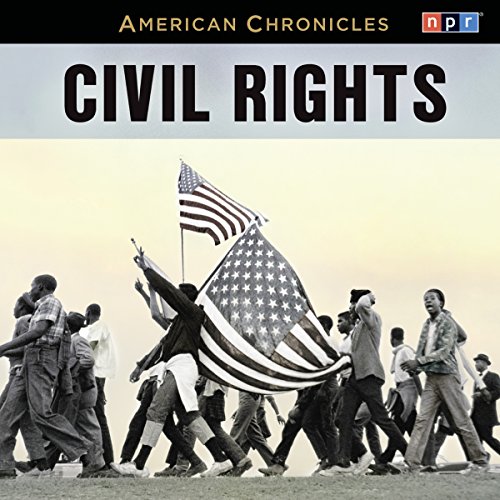 By: National Public Radio
Narrated by: Michele Norris
Try for £0.00

It wasn't that long ago that black citizens had to move to the back of the bus. In this stirring collection, NPR tells stories large and small: of Rosa Parks, Martin Luther King, and the March on Washington; of Pullman porters, an invaluable green book, and women who baked pies to support the Montgomery bus boycott. Personal recollections and historical accounts paint vivid pictures of individuals and events that transformed a nation.

"The personal reflections and historical accounts are alternately riveting, moving, and shocking but at all times a reminder of the power of the human spirit. This is a potent rendering of some of the most important civil rights events. As a short, quick overview of this important part of our nation's history, this is unbeatable; listeners will be moved to tears at times by the compelling narration. Highly recommended for anyone interested in U.S. history and/or civil rights" ( Library Journal)
"Riveting.... Extraordinary accounts of courage and valor. This impressive collection deserves a prominent spot in audio collections." ( Booklist)
"An absorbing, informative, and often moving reminder of how bad things were and what it cost to change them. The program should be especially valuable for educational use." ( AudioFile)

I came looking for a historical overview of the Civil Rights movement, but I've found so much more in this compilation. Just listening to Rosa Parks' voice was incredibly moving and many other accounts are truly fascinating. These people were true heroes and their stories should never be forgotten by humanity.

This book will help you learn new facts and appreciate those pioneers who struggled for the cause.