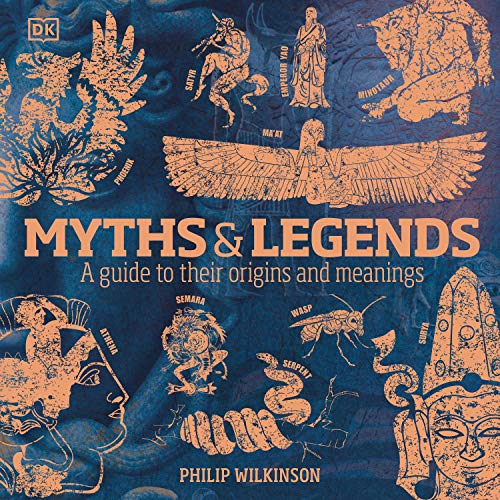 By: Philip Wilkinson
Narrated by: Hugh Kermode
Try for £0.00

Discover the world's greatest myths and legends - from Greek mythology to Norse mythology - in this comprehensive guide.

What did Japanese mythology say about the beginning of the universe? How did Oedipus become the classic tragic hero in Greek mythology? Who brought about the origin of death in Maori mythology? With vivid retellings of famous legends, Myths & Legends makes it easier than ever before to understand the stories that are central to every culture.

Delve into the well-known tales of the ancient Greeks, which hold the key to such phrases as 'Achilles' heel', as well as the lesser-known but richly colourful myths of Africa and the Americas. Explore global ideas such as fate and fortune, and the Underworld, and find out about the key characters - heroes, tricksters and gods - that make up each myth system. Filled with the cultural and religious meanings behind each legend and the influence they have had both in their own time and in today's world, this audiobook is a must-have for all mythology enthusiasts.

What listeners say about Myths & Legends

This book has an interesting set up and starting point even acknowledge when it comes to myths and legends stories from western culture seems dominated. However is it beyond me how 1: the writer of this book had the audacity and 2: how he was allowed by the publisher to categorise the entire religion of Hinduism and Buddhism as something as simply as just myth and legends! The book also briefly mentions myths and legends connected to Islam and the prophet Muhammad but funny enough doesn’t say a word about Judaism or Christianity (it’s almost like this two religions are something more than just myths) so why is it acceptable to treat the worlds third largest religion Hinduism that way?? With that being said I do also not enjoy the repetitive writing style of repeating a myth over and over and over again it’s very odd