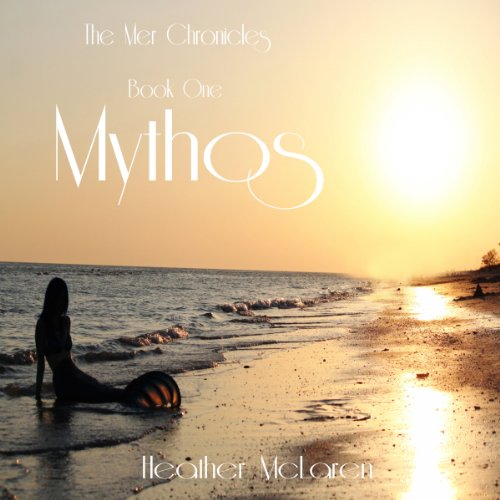 True love was the last thing David Cooley expected to find in the Bahamas, but the moment he laid eyes on Faren Sands, he knew he had found the girl of his dreams. How could he know she was a mermaid from the lost island of Atlantis?

Because of the strict laws regarding human contact, the couple flee the consequences of their forbidden passion, while at the same time they struggle to survive a conflict that has been brewing between the mermaids and sea demons for millennia.

Once the epic battle begins, fate forces David to make a decision that will forever affect his young life. Should he stick by the woman he loves, risking his mortality for a civilization that hates him?

What listeners say about Mythos

Cheesy and juvenile but a fun listen

it was a good book. something to kill time but the more i heard the more i loved the characters and the story it self.

For the Young, or Young-at-heart!

Mythos: Mer Chronicles, Book 1, is a delightful fantasy romp under and above the ocean that propels listeners/readers through mystical lands. With a strong nod toward The Little Mermaid, this story goes far behind that particular movie's theme, which was slated for a younger audience, and would be appropriate for those kids who watched the Disney classic as children, but are now teens or older. Note: There were a few violent scenes which made this not appropriate for sensitive or younger readers, such as bodies without limbs, a bloody war scene, etc, but most of this story is magical and beautiful.

The characters were distinct and memorable, which strong voices and natural dialog. Told from various points of view, the reader/listener is brought into the current day life of a young mermaid ("Mer"), named Faren Sands, who falls for a human, much to her father's dismay. But there's much more than just a star-crossed lovers' story here, it's about various species, their links to Atlantis and more, and their centuries-old feud that leads to an ultimate bloody battle on the beach.

My favorite character was Faren Sands little sister, Cindle (sp? I listened so I'm not sure of spelling!), a sweet and brave young lady with intellectual challenges and a great big heart.

In addition to the romance, thrills, action, and great tension in this story, there is also a sprinkling of of poetry within its pages that moved me deeply, particularly some of the descriptions of the sea. It's clear that the author, Ms. McLaren, has a passionate relationship with the ocean, and the talent to share that love with her readers/listeners.

I also thoroughly enjoyed the heartfelt thank yous at the end of the book, which showed the author's love for her family.

Well done, Ms. McLaren. This is just the start of a what promises to be a very successful series!