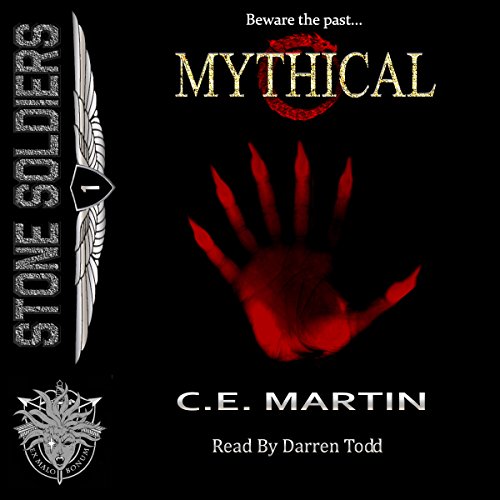 Colonel Mark Kenslir is the last of the Cold War supersoldiers - and he's just come back from the dead.

Sent to Arizona to hunt a heart-devouring shapeshifter, Colonel Kenslir and his team of supernatural-smashing soldiers thought it was just another mission. But instead of stopping the monster's murderous rampage, Kenslir and his stone soldiers became the latest victims in a trail of carnage blazed across the southwest.

Suffering from partial amnesia, with no weapons and no support, Kenslir must rely on two reluctant teens to help him remember his past, complete his final mission, and avenge his men.

(Warning! Contains extreme violence and pulp action that may be too intense for some listeners.)

What listeners say about Mythical

I really enjoyed this fantasy book. There was so much action it kept me busy trying to keep the characters straight in my head.

This is an easy book to listen to. The characters grab your attention. The story has twists I wasn't expecting.

Mark, of course, was a great character. Josie, however, will grow stronger in future episodes, I hope.

Have you listened to any of Darren Todd’s other performances before? How does this one compare?

This is the first performance of Darren's I've heard but I look forward to more in the future.