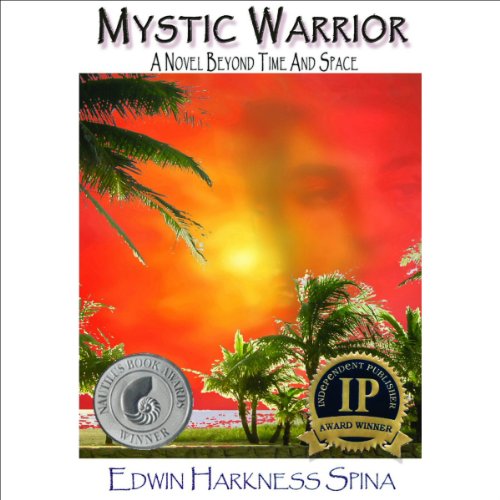 In the tradition of metaphysical novels like Manuscript Found in Accra by Paulo Coelho, Mystic Warrior illustrates humanity's largely untapped spiritual potential. Mystic Warrior takes place in a world where psychic abilities like telepathy, remote viewing, and astral projection are used (and abused) by both ordinary people and those at the highest levels of government and world leadership.

Alec Thorn is a thirty-something go-getter looking to make it big. When a key business ally dies suspiciously, his dream is shattered. Sophie, a wise, eccentric florist, mysteriously leads him to a discovery that will change his life forever - the leader of an elite group of mercenaries has a personal vendetta against him (centuries old) and wants him dead.

Ominously, the mercenaries are threatening to auction off a nuclear device to fanatic terrorists bent on world destruction. Aided by Sophie and a rogue bounty hunter, Thorn begins a desperate race against time to develop his psychic abilities and survive in a world he had no idea even existed and where his previous beliefs about time and space no longer make sense.

Thorn's spiritual transformation reveals an unknown world of selfless mystics working behind the scenes using advanced psychic abilities to battle terrorists and the power elite. This unassuming entrepreneur-turned-mystic-warrior battles against seemingly insurmountable odds with the fate of millions hanging in the balance.

Truth is stranger than fiction

Ed Spina has created a wonderful work of fiction that captures the imagination, holds spellbinding attention & ends with you wanting to know what the next adventure will be. Though told as fiction Ed is showing us the world is really not what we have been taught to believe. As I listened to him tell the story I relaxed & felt calmer. Understanding. All things are possible. Another book by Ed The Future is Now gives leaves one thinking & wondering. I recommend everything Ed has written. I have them all & listen to them over & over. Never boring. .l

What did you love best about Mystic Warrior?

The hero never gave up in the face of adversity. Also, the way the story was told kept me listening for over 6 hours straight. This is an exciting story that I will listen to again.

What other book might you compare Mystic Warrior to and why?

It's similar to the Da Vinci Code with much higher stakes.

What about Edwin Harkness Spina’s performance did you like?

His voice is easy to listen to.

There's more to this world than meets the eye. I felt like anything is possible after listening to this book.

This is an inspiring story that everyone should hear.

What did you love best about Mystic Warrior?

Very entertaining! Unpredictable! Did not want to put the book down!

Alec Thorn: Mind is a powerful weapon. He is a true bad ass..

Yes... the story is one that many will connect with.

What other book might you compare Mystic Warrior to and why?

Have you listened to any of Edwin Harkness Spina’s other performances before? How does this one compare?

I wish I didn't have to answer all these questions...