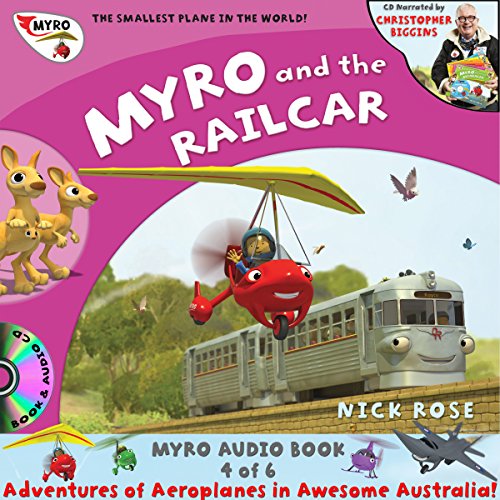 Myro and the Railcar

Michael, Myro's pilot, is away on holiday, and the Smallest Plane in the World is bored and unable to fly. To make matters worse, Rayco, the old diesel railcar that chugs past the Flying Club, gently teases Myro every day, calling him a flying lawnmower!

When Michael returns, Myro tricks his pilot into racing the railcar up into Australia's Blue Mountains to show he's nothing like a lawnmower. But Rayco knows the land much better than anyone else, and although he tries to warn Myro of danger ahead, the little plane finds out for himself...the hard way!

After a near miss and the fright of his life, Myro and Rayco become the best of friends and lawnmowers are never mentioned again!

What listeners say about Myro and the Railcar