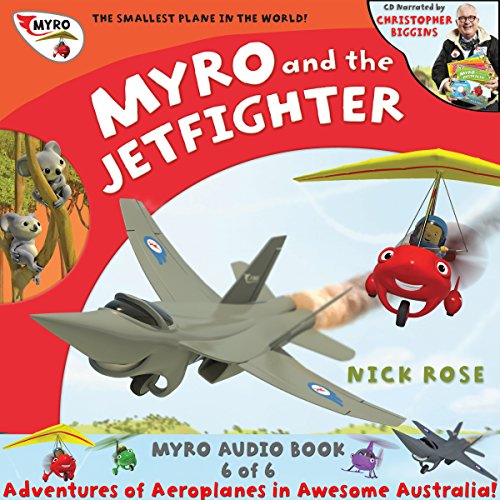 Myro and the Jet Fighter

Whilst Myro loves being the smallest plane in the world, he doesn't like being teased about his size and being called a flying lawnmower! And when Jimo the jet fighter adds insult to injury by scaring Myro out of his own airspace, Myro gets really fed up.

Myro puts his pride to one side, though, when Jimo sends out a MAYDAY call. Myro zooms to the rescue and with his eagle eyes he soon spots Jimo's pilot suspended by his parachute over a ravine, and finds the bragging jet fighter crashed in the thick Australian bush.

Chili the Chinook takes the embarrassed Jimo back to the airbase where they soon catch up with Myro, now the supersonic jet fighters' hero of the day.

What listeners say about Myro and the Jet Fighter