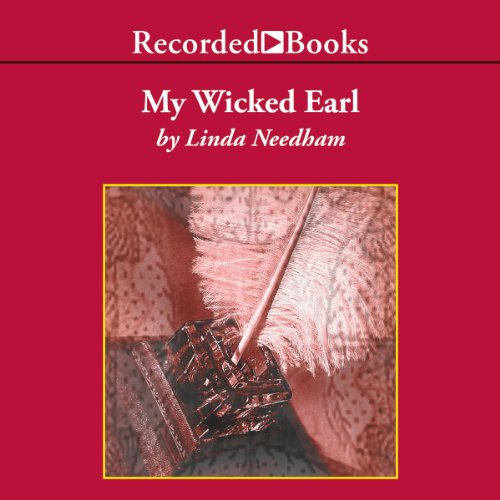 A Dangerous LordForced to live with her enemy! Hollie Finch is horrified when the forbidding Earl of Everingham, Lord Charles Stirling, places her under house arrest in his manor. Well, he may suspect her of sedition, but to her it's just freedom of the press - and she's determined to carry on her work right under his arrogant nose! Yet that turns out to be unexpectedly difficult, with his all-too-disturbing presence disrupting her days...and memories of his passion-dark eyes troubling her nights.

An Impossible LoveLord Charles Stirling merely planned to keep a close eye on the lovely rabble-rouser - and he's appalled when her intoxicating scent and lithe curves make him burn to have her in his bed. Even worse, her generous heart and her joyous laughter start him thinking about keeping her with him forever. But the powerful earl has a secret that could destroy him, so he dares not let Hollie into his life. Can the pride and deception separating them ever be overcome...by the miracle of love?

IT COULD HAVE BEEN MORE!!!

What would have made My Wicked Earl better?

It was a disappointment, Charles wants the whereabouts of anti-govemment "Captain Spindeshanks", his men arrest Hollie Finch who in truth is the captain but she's not telling him, instead she makes him believe she is the captain's wife.He puts her under house arrest and that is the worst part of the story. She acts as they were olds friends and she tries to fix his life as a wife should....She was supossed to be the enemy right? I just didn't get it!!

Would you ever listen to anything by Linda Needham again?

I can't say I wouldn't, some times we like a writer but not all of her works. Perhaps she has other books better than this one.

Which character – as performed by Barbara Rosenblat – was your favorite?

Hard to say, I disliked all of them.

If you could play editor, what scene or scenes would you have cut from My Wicked Earl?

I would cut the whole book, I'm sorry to say this but the book was very childish.

A total disaster!! It could have been more!!!

Now that was a waste of money

Would you try another book from Linda Needham and/or Barbara Rosenblat?

What could Linda Needham have done to make this a more enjoyable book for you?

I suspect that she could write however the Mills and Boon style she chose to employ left me cold.

Which character – as performed by Barbara Rosenblat – was your favorite?

Never got that far.

It is possible that the performance was excellent however as I couldn't stand to listen for more than 45 minutes or so I'm not sure.

This book was just okay. Parts of it were pretty good, but it was really drawn out in other places. It is really focused on the political/historical issues, which get kind of boring. It is also somewhat repetitive in the characters' thoughts and sayings. I don't regret using a credit on it, but I probably won't get another book from this author. I didn't notice anything bad or annoying about the performance.

I really tried to finish it...

I felt like I was reading someone's first attempt at writing a novel. The story lacked easy flow. I always enjoy listening to BR, but even her reading could not sustain me.....

A Delightful Blend of Fact and Fiction!

I got this book initially because it was supposedly narrated by the very accomplished Barbara Rosenblat. It was only when I started listening, I realised this book had an incorrect author tag and was narrated by the equally excellent Vanessa Maroney. While Ms Maroney doesn't have quite the same range of voices as Ms Rosenblat, she is wonderful to listen to and so it wasn't the disappointment it could have been.

My Wicked Earl is full to the brim of historical fact mixed with fiction. A supposedly biased commission investigating the Peterloo Massacre of 1819, political reform and details about a Stanhope printing press are all expertly woven into a romance between the two main characters. In my opinion, there is nothing better than historic fact mixed with historic fiction, so this was a wonderful gem to stumble upon. Highly recommended!