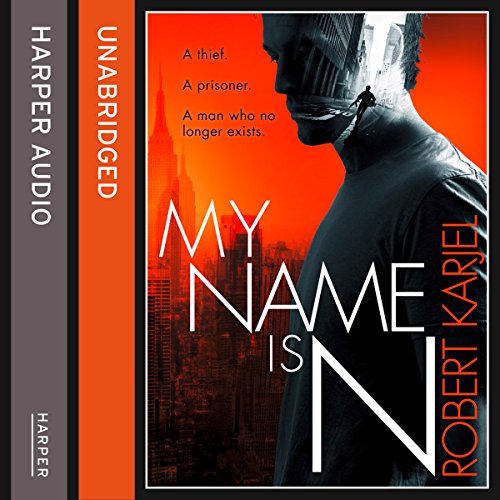 My Name is N

By: Robert Karjel
Narrated by: William Hope
Try for £0.00

Jo Nesbo meets Homeland in this sophisticated debut literary thriller about a Swedish security force agent sent to the US for a special assignment, which delivers a breathtaking global twist on the darkly riveting narrative tradition of Nordic noir.

Ernst Grip of the Swedish security police has no idea why he is being summoned to the US. When he lands at a remote military base in the Indian Ocean, his escort, FBI agent Shauna Friedman, asks him to determine whether a prisoner who has been tortured by the CIA is a Swedish citizen.

At the military base, the prisoner, known only as N., refuses to talk. It appears he was involved in an Islamist-inspired terror attack in Topeka, Kansas. The attack was real, but the motivations behind it are not so simple.

Evidence points to a group of desperate souls who survived the 2004 Thailand tsunami: a ruthless American arms dealer, a Czech hit man, a mysterious nurse from Kansas, a heartbreakingly naïve Pakistani - and a Swede.

Meanwhile, Grip himself is leading a double life. No one in Sweden knows that he is bisexual, passionately in love with an art dealer in New York who is fighting AIDS. Together the couple will do anything to get him the drugs he needs to survive, a situation that leads Grip into terra incognita.

"This is exactly how a thriller should feel, and Robert Karjel constructs it with a fencer's elegance: one suspects nothing of the underlying effort. But what makes Robert Karjel extraordinary is his language - the style itself, his pointed observations. Karjel is a subtle observer." (Dagens Nytheter)

What listeners say about My Name is N

I have had this book in my library for over three months and only just got around to listening to it. I think I had tried before and not been in the mood. However, this time I was hooked and listened to the whole thing in two days.