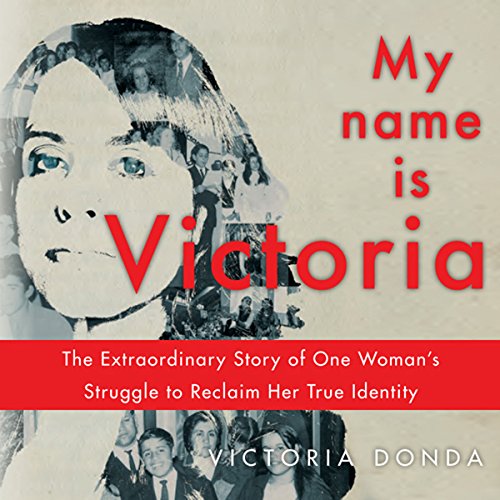 My Name Is Victoria

My Name Is Victoria

Argentina's coup d'tat in 1976 led to one of the bloodiest dictatorships in its history - 30,000 people were abducted, tortured, and subsequently "disappeared". In addition, hundreds of babies born to pregnant political prisoners were stolen from their doomed mothers and given to families with military ties or who were collaborators of the regime.

Anala was one of those children, raised without suspecting that she was adopted. At 27, she learned that her name wasn't what she believed it to be, that her parents weren't her real parents, and that the farce conceived by the dictatorship had managed to survive through more than two decades of democracy.

In My Name Is Victoria, it is no longer Anala, but Victoria who tells us her story, in her own words: the life of a young and thriving middle-class woman from the outskirts of Buenos Aires with strong political convictions. Growing up, she thought she was the black sheep of the family, with ideas diametrically opposed to her parents'. It wasn't until she discovered the truth about her origins and the shocking revelation of her uncle's involvement in her parents' murder and in her kidnapping and adoption that she was able to fully embrace her legacy. Today, as the youngest member of congress in Argentina, she has reclaimed her identity and her real name: Victoria Donda. This is Victoria's story, from the moment her parents were abducted to the day she was elected to parliament.

What listeners say about My Name Is Victoria

In the handful of reviews on Amazon, there are a few who criticise it for not being very well written. Firstly, let me say, I disagree with that. However, anyone who finds it to be so should bear in mind that Spanish and English do not translate ‘word for word’, partly because sentence structure is very different. That aside, I found this book to be an excellently narrated account of one woman’s story of what happened to her and her family during, and as a consequence of, Argentina’s ‘dirty war’. This is followed by a very good, concise account of the country’s political history. I recommend this to anyone interested in international politics.