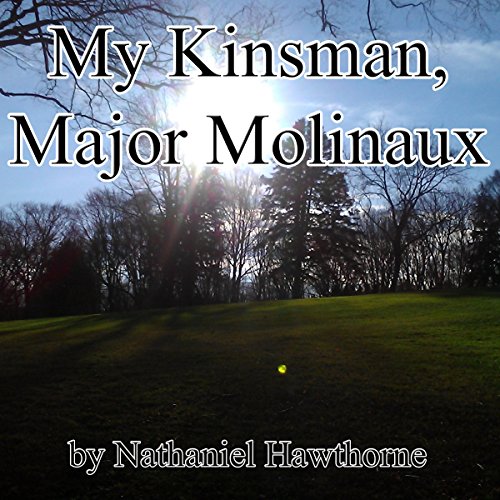 By: Nathaniel Hawthorne
Narrated by: Walter Covell
Try for £0.00

The listener may be thankful that he is not Robin, a poor, 18-year-old youth, "evidently country-bred", and the hero of Nathaniel Hawthorne’s 1851 story of hard times and disillusionment.

Performed by Walter Covell in a serious, probing tone, the story finds Robin arriving after a long journey to a town in pre-Revolutionary New England. Robin walks about searching for his kinsman, a major in the British government who has promised him paying work. Rather than finding his kinsman, however, he finds many puffy townspeople who offer no help at all, including one mysterious man whose face is half-red and half-black. "The effect", rumbles Covell, "was as if two individual devils...had united themselves to form this infernal visage". Hawthorne is again in darkly allegorical territory.

My Kinsman, Major Molineux is a short story that Hawthorne wrote in 1831.

The setting is before the American Revolution when Robin, a youth arrives in Boston seeking his kinsman, Major Molineux, who is an official in the British Colonial government and has promised him work. Yet no one in town tells him where the major is and he begins to hear some strange stories and finally meets his kinsman under very unusual circumstances.

What listeners say about My Kinsman, Major Molinaux

What made the experience of listening to My Kinsman, Major Molinaux the most enjoyable?

The voice actor did a wonderful job, he was clear and accented at the appropriate times.

Would you listen to another book narrated by Walter Covell?

It was very distracting, in the background, was a constant low humming of voices. I could almost hear what they were saying at some points, if i focused really hard on it. But, some might think I was mistaking this for background noise on my end, no I tried various methods and I have to conclude it is in fact coming from the book.