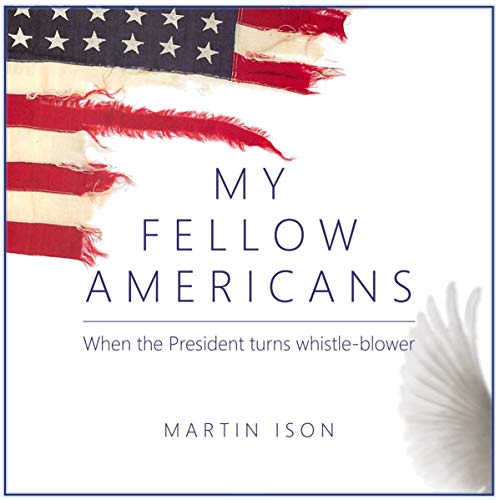 My Fellow Americans: When The President Turns Whistle-Blower

My Fellow Americans: When The President Turns Whistle-Blower

What induces a US President to keep the sins of his predecessors a secret?

With 5 Star reviews, My Fellow Americans is the story of William Cutter: a popular President who pays dearly for telling the truth. Before a tragedy that shocks the world, he leaves White House intern, Rose O’Carey vital information to incriminate his enemies. Not even Cutter could anticipate the danger O’Carey now faces, as powerful forces go to any lengths to stop her revealing explosive secrets that could change the world.

In the run-up to the 20th commemoration of 9/11 in 2021, questions are again raised about government machinations, making this a topical speculation on the dangerous and secretive world of the US Presidency and the deep state that allegedly controls it.

What listeners say about My Fellow Americans: When The President Turns Whistle-Blower

Although set in the USA, the narrator had a heavy British accent that was out-of-place and uncomfortable to listen to.
The story was intriguing but the ending was
not only incomplete, it was a total mess - a very unsatisfactory ending. Was this science fiction, not a political thriller?
Not only was the narration uncomfortable, but the beginning and ending of each chapter. It throws the listener off and is distracting.
Very unhappy about this purchase.