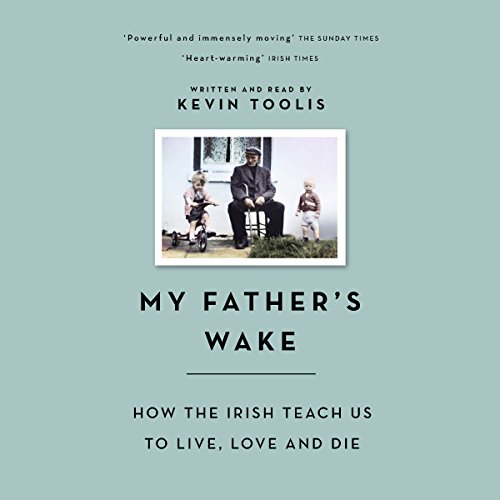 Death is a whisper in the Anglo-Saxon world. But on a remote island off the coast of Co. Mayo, it has a louder voice. Along with reports of incoming Atlantic storms, the local radio station runs a thrice daily roll call of ordinary deaths. The islanders go in great numbers, often with young children, to wake with their dead. They keep the corpse and the bereaved company through the long hours of the night. They dig the grave with their own hands. It is a communal triumph in overcoming the death of the individual.

In this beautifully written memoir, Kevin Toolis gives an intimate eyewitness account of the death and wake of his father and explores the wider history of the Irish wake. With an uplifting, positive message at its heart, My Father's Wake celebrates the spiritual depth of the Irish wake and asks if we can find a better way to deal with our mortality by living and loving in the acceptance of death.

Written and read by Kevin Toolis.

What listeners say about My Father's Wake

Love this book, its discriptions of life, living & dying were so real, it brought me to.my family and experience of life and death.
highly recommend this read absolutely breathtakingly beautiful.thanks for the reminder Kevin

A must for the Irish Diaspora

I loved this book and have already bought two hard copies for friends and my mum is reading on her Kindle. It is a must for anyone part of the Irish diaspora. It really does both head and heart.

This is really evocative. I love Kevin Toolis voice - it adds so much atmosphere to the tale of times in Ireland and that have completely passed in the England I know.