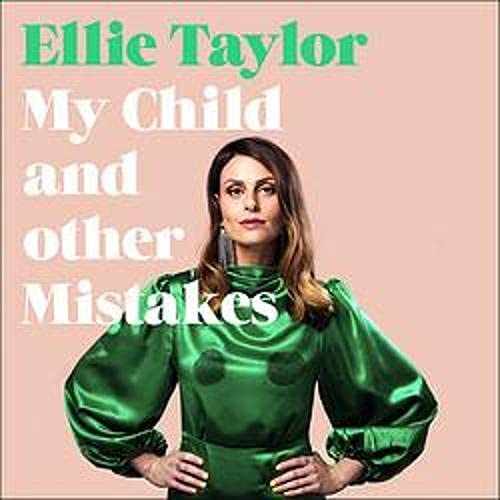 My Child and Other Mistakes

Raw, candid and hilarious, Ellie Taylor's My Child and Other Mistakes is the funny truth about motherhood and all its grisly delights.

My Child and Other Mistakes is the honest lowdown on motherhood and all its grisly delights, asking the questions no one wants to admit to asking themselves - do I want a child? Do I have a favourite? Do I wish I hadn't had one and spent the money on a kitchen island instead?

Stand-up comic, broadcaster and actress Ellie Taylor is relatable, clever and interested in how women can have it all. Her honest, hilarious and moving account of the whys and hows of having a baby makes perfect listening for expectant mothers and fathers everywhere, as well as those who've been there, done that, and wonder how on earth they did.

In this very funny book, she writes candidly about her own personal experience exploring the decision to have a baby when she doesn't even like them, the importance of cheese during pregnancy, why she took hair straighteners to the labour ward, plus the apocalyptic newborn days, childcare, work and the inevitable impact on life and love and, most importantly, her breasts.

What listeners say about My Child and Other Mistakes

Spilling with heart and humour

I usually favour an actual book in my hands but this worked so well as an audio book I can't imagine a hard copy could beat it. It's the way she tells them!
Full of brilliantly written, hilarious stories that remind you of how universal the wonder and horror of first time motherhood is. No judgement, just kind understanding, inclusiveness and heart. Loved it.

I expected the laughs, but I didn't expect the tears. So many times while listening to this book, I thought "YES! That's how I feel!"
Becoming a first time mum during lockdown was a lonely experience, I'm sorry I didn't have this book then, but I'm so glad to have it now.

Honest and hilarious, must listen for all mums


Such an incredible funny and true to the core book, totally mirrored my experience as a new mum. Highly recommend the audible as Ellie really brings all the stories to life with honesty and hilarity.

Got me right in the feels! Such a wonderful, funny and truthful book! Everyone should have an Ellie Taylor (and a Mrs Bishop) in your village. Brilliant.

Such a good read/listen. My daughter is 18 now but it brought back so many memories of those early days.

I've been looking forward to this book coming out for a while, I've loved everything else I've seen of Ellie Taylor and this book was no exception. I listened to it all on the first day of release. It was funny, emotional and honest. It's so good amd important to read honest accounts of parenting. I will definitely be recommending and gifting this to my friends -  a very enjoyable book!

A story about a mummy and her rat bag

Glorious! It had me laughing and crying and shouting in agreement.
Thinking about having kids? - read this!
Pregnant? - read this!
Have a kid? - read this!
Loved hearing Ellie read it. A raw and honest book about being a parent and the joys and regrets that come with it.

Loving every minute of this book, I can massively relate after having my daughter and I am sure most other mothers will do. A must read!

An Honest & Refreshing Take on Motherhood

This really isn’t the usual type of book I’d read/listen to, but as an expectant mother I thought I’d give it a go and I’m so glad I did! Ellie articulated a lot of the thoughts and concerns I’ve been having throughout my pregnancy and reassured me that I’m not the only one. Ellie has a way of conveying everything with a sense of humour whilst being refreshingly honest about how motherhood isn’t all sunshine and rainbows but that you will find silver linings where you least expect them. Her performance is excellent and I’d wholeheartedly recommend this to everyone who’s either expecting a child or has children!

As both a fan of Ellie's standup and new parent, this is an amazing read.

Great to hear a balanced view that parenthood isn't all hell or sunshine and roses, it's a bit of both.