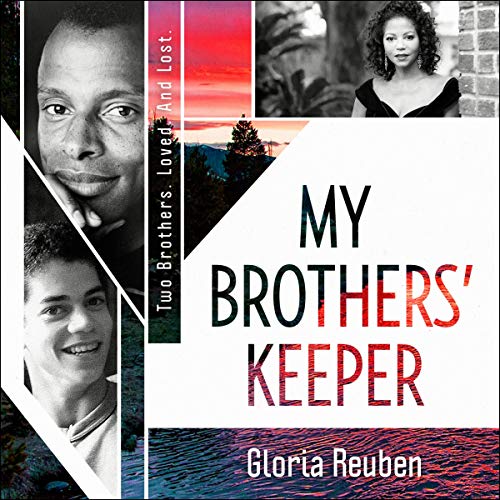 My Brothers' Keeper carries the listener through a deeply personal and intimate journey as Gloria Reuben explores her love of the life she shared with her brothers as well as the myriad of emotions and experiences after their sudden deaths.

The death of a sibling is unlike any other.

Just as Gloria felt like she was finally healing from David's death, the shock of Denis' unexpected death was almost too much to take.

In My Brothers' Keeper, Gloria bares her soul as she reveals the intimate details of her life at home as a young girl. How the death of her father when she was 12 shaped her view of love and life. How David's death was the impetus for her move from Canada to the United States. And how her brother Denis was her heart's twin in a multitude of ways.

Gloria, most well-known as an actress, debuts her talent as a writer in My Brothers' Keeper, an intimate and honest tribute to David and Denis. Their lives. Their deaths. And the hope that awaits.

What listeners say about My Brothers' Keeper