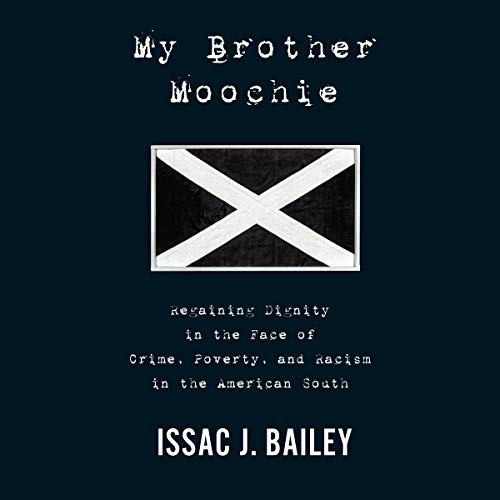 A rare first-person account that combines a journalist's skilled reporting with the raw emotion of a younger brother's heartfelt testimony of what his family endured for decades after his eldest brother killed a man and was sentenced to life in prison.

At the age of nine, Issac J. Bailey saw his hero, his eldest brother, taken away in handcuffs, not to return from prison for thirty-two years. Bailey tells the story of their relationship and of his experience living in a family suffering guilt and shame. Drawing on sociological research as well as his expertise as a journalist, he seeks to answer the crucial question of why Moochie and many other young black men - including half of the ten boys in his own family - end up in the criminal justice system. What role did poverty, race, and faith play? What effect did living in the South, in the Bible Belt, have? And why is their experience understood as a trope for black men, while white people who commit crimes are never seen in this generalized way?

My Brother Moochie provides a wide-ranging yet intensely intimate view of crime and incarceration in the United States, and the devastating effects on the incarcerated, their loved ones, their victims, and society as a whole. It also offers hope for families caught in the incarceration trap: though the Bailey family’s lows have included prison and bearing the responsibility for multiple deaths, their highs have included Harvard University, the White House, and a renewed sense of pride and understanding that presents a path forward.

What listeners say about My Brother Moochie

This will give you much to think about, consider, re-evaluate. Some books should be required reading. This is one of those books.
Highly recommended.

how Black people suffer from our institutions

When a man goes to prison, his family suffers. Our institutions propagates the stressful, sad lives.

In his chapter on his church, Bailey described of how a white person (might it be me?) is not racist, but still propagates the racist institutions.