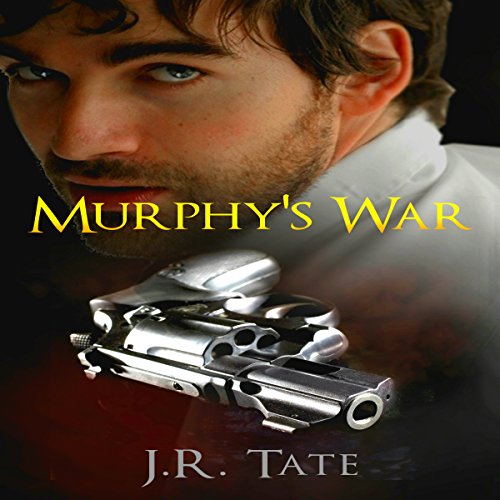 Sean Murphy knows all about the dark side of growing up in a violent Irish family deep into gang activity. What he doesn't know about is love, but he wants to learn when he meets Gracie. She's the light to his darkness, but how can he have her when violence threatens his every action? Can he risk dragging the only woman he ever cared for into the middle of his dangerous life?

He longs to leave the gang, but his only option out is in a body bag. Will his love for Gracie trump his allegiance to his family? As an all-out war with a rival Italian gang rages, he is thrust into the thick of the battle, unable to see an escape from the way of life he's come to loathe.

What listeners say about Murphy's War

I felt bad for Sean who had to do dirty violent work his uncle demanded. He was set to be the boss when his uncle retired but he did not want it. He wanted to get out of the gang and I was rooting for him. At times Sean was weak when it came to his old girlfriend, who got pregnant and then lost the baby after a fight. He didn’t want her but had to a hard time turning her down. Also, his uncle wanted him to be with her. Then he meets Gracie and things change. She was the best thing that could have happened to him. She gave him the strength to move forward. This book had suspense and romance and was pretty good. Skyler Morgan did a good job with the narration. I received this free copy audiobook at my request and have voluntarily left this review.

Murphy's War is a a solid bad-guy-turned-good-guy story with a lot of the standard bad guys thrown in. I liked the story even though you knew where it was going before you got there.

Kudo's to the narrator for doing a great job.

Good plot and you sense the struggle he is under, she is the light, but a love for her he realizes could destory her. He doesnt want to lose her, yet he knows the danger that awaits him with the gang wars. Well done. And the audio added to this plot, and enjoyed bySkyler. Given audio for my voluntary review