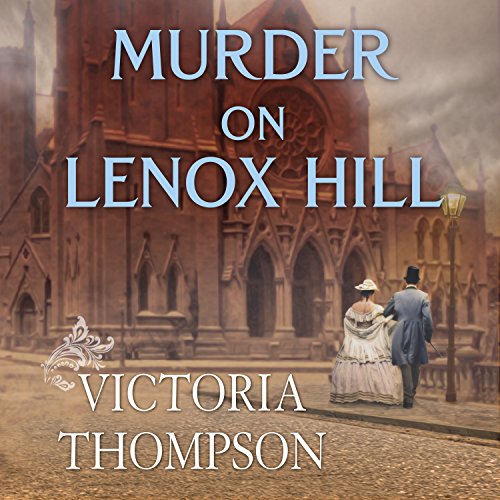 When the affluent Lintons of Lenox Hill summon Sarah Brandt to examine their teenage daughter, their worst fear is confirmed: she is with child. The pregnancy is a mystery, however, as the young woman - mentally still a child herself - is never left on her own and denies that any man has ever hurt her. It's a delicate situation, one which casts suspicion on those close to the Lintons, including their beloved minister, the Reverend Oliver Upchurch. As midwife Sarah Brandt and a reluctant detective sergeant Frank Malloy investigate, fate deals their inquiry a harsh blow. The reverend falls dead during a service, poisoned by cyanide-laced wine in his chalice. Now, they must not only uncover the truth behind the Linton girl's pregnancy but also track down Upchurch's killer before this sordid affair wreaks havoc on more innocent lives.

"A convincing tale of depravity and death among the upper classes of old New York." ( Kirkus)

What listeners say about Murder on Lenox Hill

I find myself looking more and more forward to listening to the books in this series. At first, I was not keen on Callie Beaulieu's narration, but I'll have to say that both the stories themselves, and especially the narration have just steadily gotten better. Sadly, looking forward, I am seeing that the narrator will be changing in some of the books ahead. Too bad--just when this one is getting to be quite good.

This entire series is excellent. It opens a window to life around the turn of the 19th to the 20th century in New York. It offers a vivid contrast between the ultra-wealthy and those who live in a great deal of poverty--and attitudes of the times. There are also glimpses into social issues that were foremost in people's minds. This book tackles what must have been a very difficult subject to write about. The abuse of children. Though common enough these days, it would have been either unnoticed or unspoken then. So that gave the author a great challenge--to give her characters the ability to look at a situation trying to employ mindsets that would have been appropriate for the times, and not retroactively give them a 21st century social attitude. I think she did a good job of taking this on from that perspective.

If you like a good mystery series, that has elements of history and well-drawn characters that grow with the episodes, I'd sure recommend this one. So far, I have liked each story better than the one before.

I have reached the point in this series where critiques are difficult. I love the series, and if you are up to Book 7 then presumably you do too so you will keep going no matter what I say!

Continuing with my binge-listen, I sailed through Book 7 in no time. My only complaint about this instalment was that it felt a little silly when everyone started confessing to the murder, it was almost comical which is not the usual tone of these books at all. Aside from that, I loved it as I knew I would.

The best of the Gaslight Series

This is the best of the Gaslight Series. Lots of twists & turns and I’m left needing to get the next book in the series to solve the another mystery.

This series of mysteries is wonderful summer reading. A little history, a little suspense and always a life lesson or so. Worth reading!

I do not like to be Forced to review before I am allowed to use my other books. Audible holds me hostage until I answer this stupid survey which I choose not to. I pay for these books and can't read them until I do what Audible wants for their benefit. Interested in how B& N treats customers